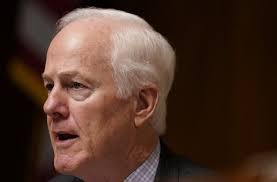 WASHINGTON (Reuters) – Republican U.S. Senators John Cornyn and John Barrasso said Tuesday that President Donald Trump will give a speech on immigration as soon as later this week. The senators spoke as they were leaving a lunch at the Capitol with White House officials – Trump’s son-in-law and adviser Jared Kushner, and another senior […]