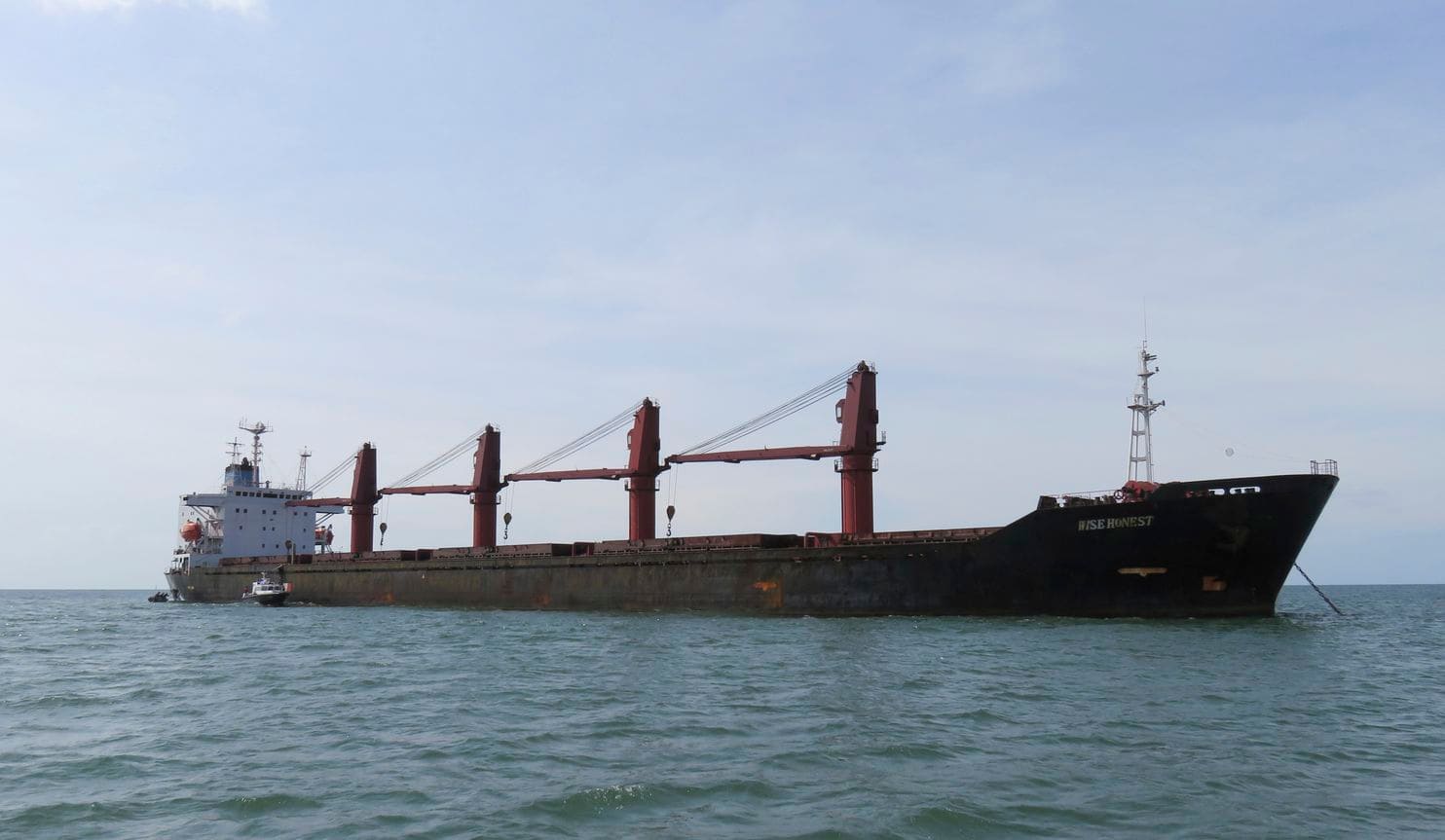 (Reuters) – The United States has for the first time seized a North Korean cargo ship it accused of illicit coal shipments in violation of U.S. and United Nations sanctions, the U.S. Justice Department announced on Thursday.

The ship, known as the “Wise Honest,” was first detained by Indonesia in April 2018. Under an unusual U.S. civil forfeiture action, the vessel is now in the possession of the United States and is currently approaching U.S. territorial waters heading toward American Samoa, U.S. Justice Department officials said.

The announcement comes after North Korea fired what appeared to be two short-range missiles on Thursday, its second such test in less than a week and an apparent protest by leader Kim Jong Un after U.S. President Donald Trump rejected his calls for sanctions relief at a summit in February.

The United States filed its seizure warrant for the ship under seal in July 2018, but department officials said the timing of its unsealing on Thursday was unrelated to the missile launches.

“There is no connection at all between the recent activities by North Korea,” said Geoffrey Berman, the U.S. attorney for the Southern District of New York. “We have been pursuing this for months.”

The Justice Department said in a statement that the Wise Honest was used by Korea Songi Shipping Company, which it accused of paying U.S. dollars through unwitting U.S. financial institutions – in violation of U.S. laws – for improvements, equipment purchases, and service expenditures for the vessel.

“Payments totaling more than $750,000 were transmitted through accounts at a U.S. financial institution in connection with the March 2018 shipment of coal on board the Wise Honest,” the statement said.

The North Korean mission to the United Nations did not immediately respond to a request for comment.

The U.N. Security Council has unanimously strengthened sanctions on North Korea since 2006 in a bid to choke funding for Pyongyang’s nuclear and ballistic missile programs, banning exports including coal, iron, lead, textiles and seafood, and capping imports of crude oil and refined petroleum products.

However, U.N. sanctions monitors reported to the council in March that Pyongyang continues to defy the measures “through a massive increase in illegal ship-to-ship transfers of petroleum products and coal.”

The 17,000-ton Wise Honest, which also was used to deliver heavy machinery to North Korea, is the second largest of Pyongyang’s bulk carriers, the U.S. Justice Department said.

“This sanctions-busting ship is now out of service,” said John Demers, the head of the Justice Department’s National Security Division.

When asked by reporters on Thursday whether North Korea’s largest cargo ship may be engaged in similar illegal behavior, department officials said they did not know.

Three American banks helped to facilitate U.S. dollar payments for maintenance and equipment for the ship, but Justice officials said the banks did so unwittingly.

According to U.N. sanctions monitors, the Wise Honest was transporting 25,500 tons of coal when it was detained by Indonesia in April 2018. The March U.N. report estimated that the value of the ship’s coal cargo was around $3 million.

The monitors said Indonesia reported the ship was registered under both the flags of Sierra Leone and North Korea and that it had found “cargo documents and clearance received from a Russian cargo ship intending to conduct an STS (ship-to-ship) transfer” in waters off the Indonesian province of East Kalimantan.

North Korea will have 60 days to contest the U.S. government’s civil asset forfeiture complaint, which was filed in a federal court in New York’s Southern District.

If the United States prevails, it could either sell off the ship or the U.S. government could put it to use.