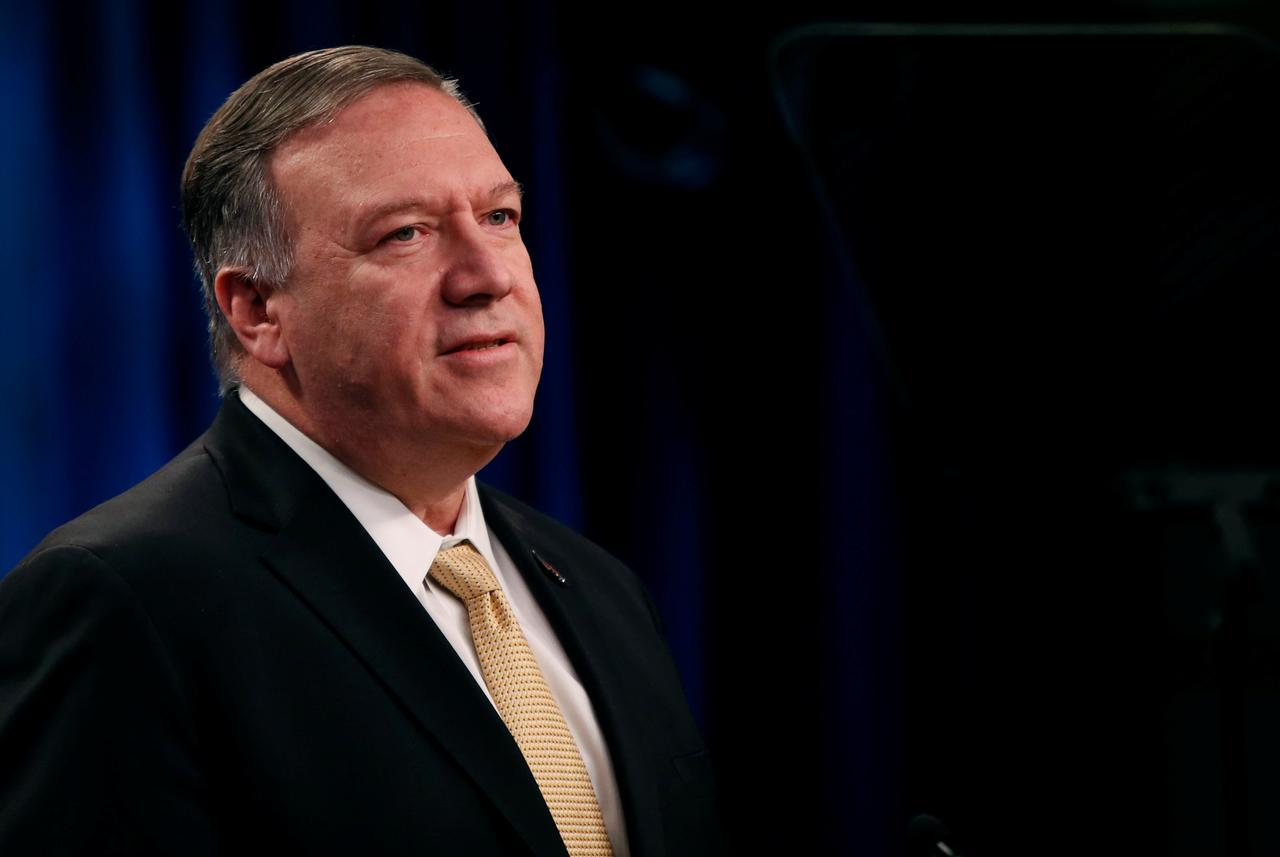 FILE PHOTO: U.S. Secretary of State Mike Pompeo delivers a statement on the Trump administration's position on Israeli settlements in the occupied West Bank during a news briefing at the State Department in Washington, U.S., November 18, 2019. REUTERS/Yara Nardi

WASHINGTON (Reuters) – The United States welcomed the release on Tuesday of two U.S. and Australian men held by the Afghan Taliban and said the gesture, a recent decline in violence, and other developments gave it hope that intra-Afghan peace talks could succeed.

“The Taliban have indicated that the release of the two professors is intended as a goodwill gesture, which the United States welcomes,” Secretary of State Mike Pompeo said in a statement about the release of U.S. citizen Kevin King and Australian Timothy Weeks, who were kidnapped in August 2016.

“We see these developments as hopeful signs that the Afghan war, a terrible and costly conflict that has lasted 40 years, may soon conclude through a political settlement.”