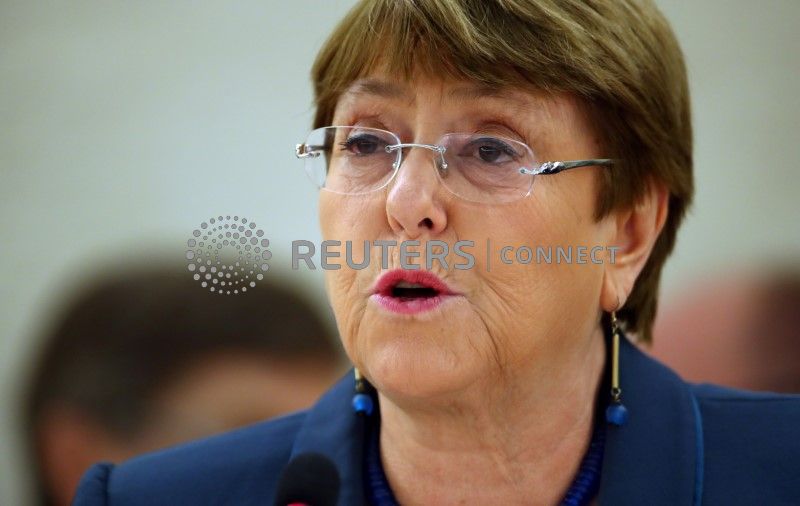 GENEVA (Reuters) – Protests in U.S. cities triggered by the killing of George Floyd underscore “police violence” against people of colour, and historic inequalities in access to health, education and jobs, the top United Nations human rights official said on Tuesday.

The COVID-19 pandemic was having a “devastating impact” on people of African descent and ethnic minorities in Brazil, Britain, France and the United States, Michelle Bachelet added in a statement calling for improved access to testing and healthcare for racial and ethnic minorities.

“This virus is exposing endemic inequalities that have too long been ignored. In the United States, protests triggered by the killing of George Floyd are highlighting not only police violence against people of colour, but also inequalities in health, education, employment and endemic racial discrimination,” Bachelet said.

At least five U.S. police officers were hit by gunfire during violent protests over the May 25 death of Floyd in police custody, police and media said on Monday, hours after President Donald Trump said he would deploy the military if unrest did not stop.