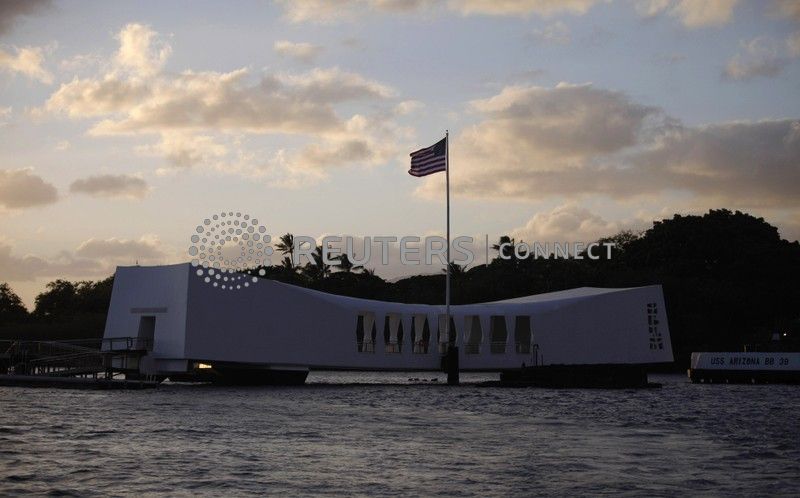 (Reuters) – U.S. Navy investigators on Thursday were trying to determine what prompted a sailor to shoot three civilians working at the historic Pearl Harbor military base in Hawaii, killing two of them, before taking his own life with the same gun.

A Navy spokeswoman said no further information was available on the incident and declined to name the gunman, who has been identified by the military so far only as a sailor at Joint Base Pearl Harbor-Hickam near Honolulu.

The shooting took place at about 2:30 p.m. Hawaii Standard time on Wednesday, three days before the 78th anniversary of the Pearl Harbor attack on Dec. 7, 1941, which led the United States to declare war on Japan and enter World War Two.

There was no immediate indication that the rampage was connected to that anniversary.

The base, a combined U.S. Air Force and Navy installation located eight miles (13 km) from the state capital of Honolulu, was placed on lockdown for about two hours after the incident.

Lydia Robertson, the Navy’s deputy public affairs officer for Hawaii, said she had no update on the condition of the surviving victim.

All three people shot were civilians who were working for the Department of Defence at the time of the shooting. Two of them died at local hospitals hours after the attack.

NBC affiliate Hawaii News Now has said that all of the victims were male and that the survivor, who is 36, was in stable condition at Queen’s Medical Center in Honolulu.

Navy officials have said it was unclear if the shooter knew his victims.

Hawaii News Now reported that the gunman had been armed because he was assigned to stand watch over a submarine undergoing maintenance at the Navy shipyard and used his service weapons in the attack.

A witness to the shooting told the station on Wednesday evening that he looked up from his desk at the sound of gunfire and saw victims on the ground before the sailor, who was in uniform, put the gun to his own head and fired.

Personal firearms are forbidden on the base, which was created by the 2010 merger of Naval Station Pearl Harbor and Hickam Air Force Base.