U.S. lawmakers to push back against Trump on Saudi weapons sales 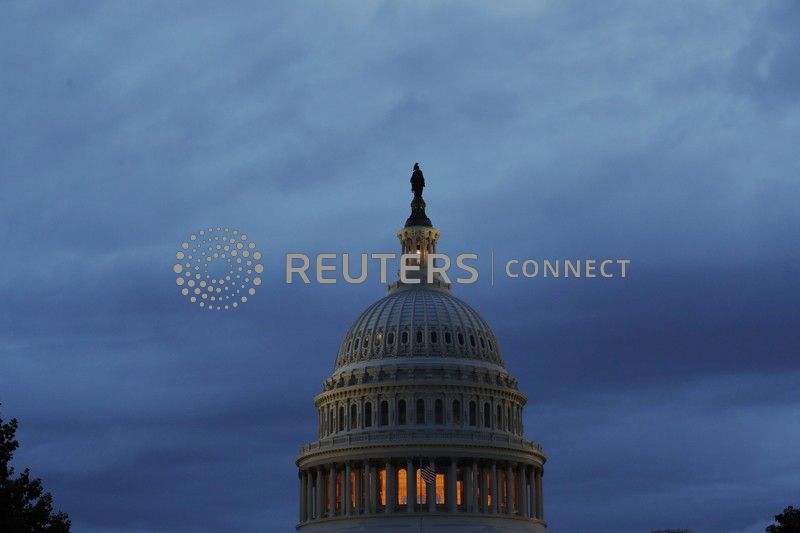 WASHINGTON (Reuters) – Members of the U.S. Congress, including some of President Donald Trump’s fellow Republicans as well as Democrats, are preparing legislation seeking to block his plan for $8 billion in weapons sales to Saudi Arabia, the United Arab Emirates and Jordan, congressional aides and lawmakers said on Tuesday.

The first measures could be introduced within days, congressional aides said.

Declaring a national emergency because of tensions with Iran, the Trump administration informed congressional committees on May 24 that it was going ahead with the 22 military deals, circumventing a long-standing precedent for lawmakers to review major weapons sales.

The decision angered members of both parties, who worried that Trump’s decision to blow through the “holds” process would eliminate Congress’ ability to prevent not just Trump but future presidents from selling weapons where they liked.

The array of military products cleared for sale by Secretary of State Mike Pompeo included offensive equipment like precision-guided munitions, mortars and fighter jet engines, some of which would take many months to be produced and shipped, which lawmakers said belied the administration’s contention that it was addressing an emergency.

Some of the licenses would allow U.S. defence contractors like Raytheon Co and Boeing Co to run production lines in Saudi Arabia.

In the House of Representatives, which is controlled by Democrats, lawmakers were considering a bill that would require the 22 licenses approved by the administration to be pulled back and resubmitted through the regular notification procedure, including a 30-day congressional review, Democratic congressional aides said.

House members also may seek to rewrite the Arms Export Control Act of 1976 to impose tighter restrictions on the use of the “emergency authority” provision, tightening the loophole the Trump administration used to justify the sale so it could only be used for “true emergencies,” aides said.

House members said they expected any measure would have support from members of both parties.

“There’s a bipartisan resolve that we need to re-evaluate our relationship with Saudi Arabia, most especially the weapons that we sell them,” Representative Joaquin Castro, a Democratic member of the House Foreign Affairs Committee, told Reuters.

Members of Congress had been blocking sales of offensive military equipment to Saudi Arabia and the United Arab Emirates for months, angry about the huge civilian toll from their air campaign in Yemen, as well as human rights abuses such as the murder of Saudi journalist Jamal Khashoggi at a Saudi consulate in Turkey.

When Pompeo announced the sales in May, Representative Mike McCaul, the top Republican on the Foreign Affairs panel, called the action “unfortunate” and likely to damage future White House interactions with Congress.

In the Senate, congressional aides said, lawmakers planned to file “resolutions of disapproval,” setting up votes on each of the weapons deals approved by the Trump administration.

Senator Bob Menendez, the top Democrat on the Senate Foreign Relations Committee, and Republican Senator Lindsey Graham, a close ally of Trump’s, told the Washington Post that they would work together to introduce 22 resolutions.

The Arms Export Control Act gives Congress the right to vote on whether to stop major weapons sales by passing a resolution of disapproval.

Opponents of the weapons sale plan said strong bipartisan support for such resolutions would send a strong message to the administration – as well as defence contractors and the three countries – that Congress was unhappy about the process.

Backers of the plan also said it was possible, given the level of congressional anger over Trump’s use of the emergency declaration, that some of the resolutions would garner the two-thirds majorities in the Senate and House needed to override a Trump veto.

Lawmakers could also include legislation related to the weapons sale in a must-pass bill such as the annual National Defence Authorization Act, a massive defence policy measure currently making its way through Congress.

The U.S. military has cited what it sees as a threat of potential attack by Iran to deploy hundreds of troops to the Middle East, in addition to Patriot missiles, bombers and the accelerated movement of a carrier strike group.

However, administration officials have also sought to reassure members of Congress, and the public, that they are not rushing to war with the Islamic republic.