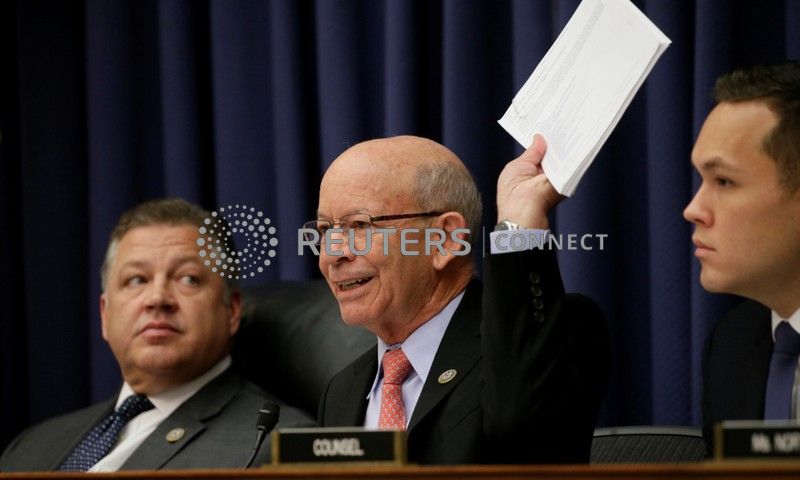 FILE PHOTO: Ranking Member of the House Committee on Transportation and Infrastructure Peter DeFazio (D-OR) speaks at a committee hearing on "Oversight of U.S. Airline Customer Service," in the aftermath of the recent forced removal of a passenger from a Chicago flight at the U.S. Capitol in Washington, D.C., U.S., May 2, 2017. REUTERS/Kevin Lamarque/File Photo

Federal prosecutors, the Transportation Department’s inspector general and lawmakers are investigating the FAA’s certification of the 737 MAX 8 aircraft that has been involved in two fatal crashes since October.

“It is imperative we continue to ensure we have the highest level of safety for the travelling public,” DeFazio said in a statement, urging people to utilise the committee’s whistleblower web page.