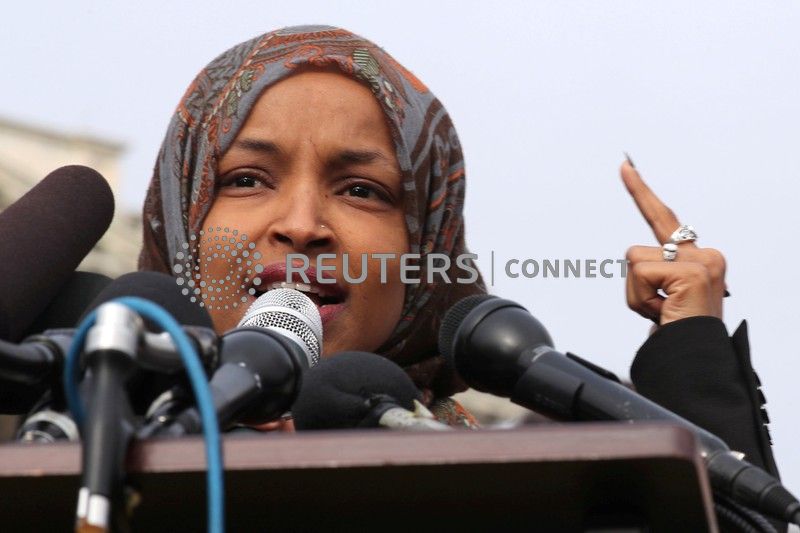 “Anti-Semitism is real and I am grateful for Jewish allies and colleagues who are educating me on the painful history of anti-Semitic tropes,” Omar, who was elected for the first time to the U.S. House of Representatives in November, said in a statement.

“My intention is never to offend my constituents or Jewish Americans as a whole,” she said, adding that she “unequivocally” apologised.

Omar was criticized by both Republicans and Democrats for saying on Twitter that the American Israel Public Affairs Committee, a pro-Israel lobbying group, was paying U.S. politicians to support Israel.

House Speaker Nancy Pelosi and other Democratic House leaders condemned her remarks earlier, calling for an apology and saying anti-Semitism must be confronted and condemned.

“Legitimate criticism of Israel’s policies is protected by the values of free speech and democratic debate that the United States and Israel share,” they said. “But Congresswoman Omar’s use of anti-Semitic tropes and prejudicial accusations about Israel’s supporters is deeply offensive.”

Chuck Schumer, the Senate Democratic leader, said on Twitter, “Rep. Omar’s use of anti-Semitic stereotype was offensive and irresponsible.”

Even before her most recent comments, Republicans had criticized Democrats for appointing Omar to the House Foreign Affairs Committee and called for her to be removed from her seat because of past statements critical of Israel.