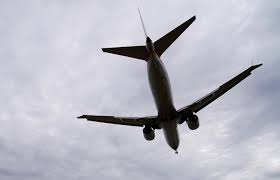 An American Airlines Boeing 737 MAX 8 flight from Los Angeles approaches to land at Reagan National Airport shortly after an announcement was made by the FAA that the planes were being grounded by the United States over safety issues in Washington, U.S. March 13, 2019. REUTERS/Joshua Roberts

WASHINGTON (Reuters) – The United States on Wednesday joined Europe, China and other countries in grounding Boeing Co’s 737 MAX jets, because of safety concerns after an Ethiopian Airlines plane crash that killed 157 people, the second disaster involving the 737 in less than five months. The world’s biggest planemaker is facing its most serious […]