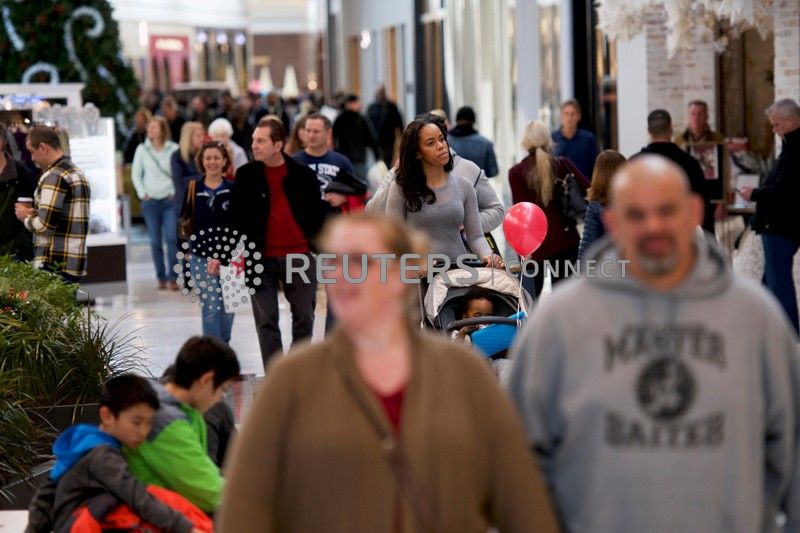 (Reuters) – U.S. shoppers spent a record $126 billion on online shopping during the 2018 holiday season, taking advantage of early discounts on Amazon.com <AMZN.O> and other websites and with more people using smartphones to place their orders, Adobe Analytics said on Tuesday.

Adobe, which collects its data by measuring 80 percent of all online transactions from the top 100 U.S. web retailers, said the amount was 16.5 percent higher than last year’s total.

Mobile platforms made up 51 percent of traffic to retail websites during the November-December period and were responsible for nearly a third of all online spending.

Cyber Monday — the Monday after the Thanksgiving holiday — was the biggest U.S. online shopping day ever, with $7.9 billion spent.

Consumers spent an average 40 percent more per day during the three weeks after Cyber Monday than in the first three weeks of the season, Adobe said. Sales continued to grow until Dec. 17.

Further, consumer confidence in 2019 is seen as likely to be strained by rising U.S. interest rates, the ongoing trade dispute with China, market volatility due to concerns over global growth and political deadlock in Washington.

Macy’s Inc <M.N> shares plunged 18 percent on Thursday after the department store chain slashed its full-year profit and sales forecast on the back of an anemic holiday season.

Overall sales for the 2018 U.S. holiday shopping season rose 5.1 percent to over $850 billion, hitting a six-year high, as shoppers were encouraged by early discounts, according to a Mastercard report in late December.