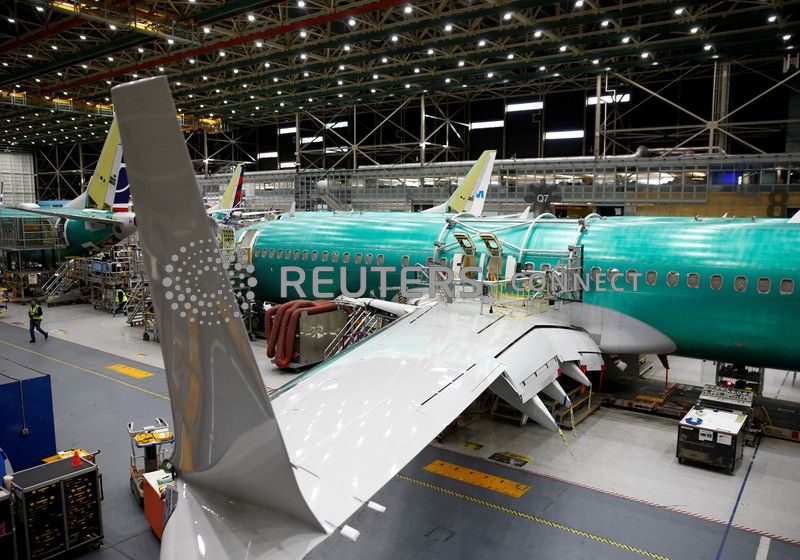 FORT WORTH, Texas (Reuters) – The Federal Aviation Administration is meeting with international air regulators from around the world on Thursday to determine what is needed to return the grounded Boeing Co 737 MAX to return it to service.

Senior FAA officials will give detailed descriptions of the findings to date from the two crashes in Ethiopia and Indonesia which occurred within five months of each other and killed a combined 346 people. The agency will summarize the status of three major ongoing reviews of the 737 MAX and give an update of the recertification process and shed light on Boeing’s proposed revisions to its software and pilot training.

Acting FAA Administrator Dan Elwell said on Thursday he thought travelers in the United States and around the world would respect any eventual decision by the FAA to return the plane to service. “They’ll get back on the MAX and fly it again.”

Boeing’s 737 MAX is its fastest-selling line of planes ever, and there are now roughly 5,000 of the aircraft on order. The planemaker in April slowed production and said the two crashes had cost it at least $1 billion.

Nearly 60 air regulators from 33 governmental agencies, including from China, Brazil, Australia, the European Union, France, Ethiopia, Indonesia and South Korea, are attending the meeting at an FAA office in Texas.

The agency came under criticism in March for failing to ground the Boeing 737 MAX as quickly as Europe, China and other countries.

One of Thursday’s sessions is titled “Data mapping to accidents: safety actions and changes to the 737 MAX training requirements.”

Elwell told reporters on Wednesday the FAA would share the agency’s “safety analysis that will form the basis for our return to service decision process.”

Some air regulators have said they will conduct independent reviews of the Boeing 737 MAX. Elwell was asked by a reporter on Wednesday if he would delay ungrounding the plane in order to have “peace” with other regulators.

“We have peace with other regulators,” Elwell said. “We’re talking to them constantly. You want to make this like, ‘We at war with the other countries over this.’ We’re not.”

The FAA is still asking Boeing questions about a proposed software upgrade and training revisions and has not decided whether to require simulator training. Elwell declined to provide a time frame for how soon the agency might approve the airplane’s return to service or say if it was realistic that airlines could resume flights by August as some have suggested.

Elwell told CNBC it “could definitely be a month, two months” or even longer than that.

Also on Thursday, Boeing and the FAA will brief members of the International Civil Aviation Organization (ICAO) on the 737 MAX for the first time.

The FAA will not unground the plane until it obtains the findings from a multi-agency Technical Advisory Board reviewing the software fix. It consists of experts not involved in any aspect of the Boeing 737 MAX certification.

Boeing said last week it had completed development of the software update on the 737 MAX to prevent erroneous data from triggering an anti-stall system known as MCAS that is under scrutiny following the two disastrous nose-down crashes. It must still formally submit the upgrade for approval and conduct a certification flight before the FAA can act.