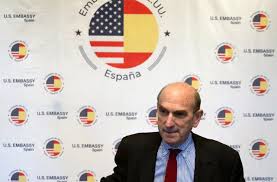 “There have been some interesting negotiations among Venezuelans inside the regime and outside the regime about returning to the constitution,” Abrams said. “They negotiated for a long time the means of restoring democracy but it seems that today they are not going forward,” he added.