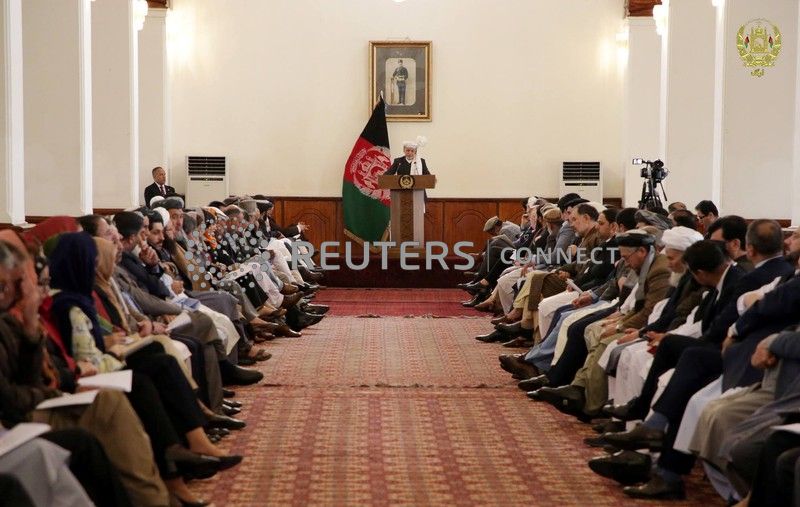 KABUL (Reuters) – The U.S. envoy for peace in Afghanistan expressed disappointment on Friday after the collapse of a planned meeting between the Taliban and a group of Afghan politicians in Qatar that exposed some of the deep divisions hampering efforts to end the war.

A 250-strong delegation of Afghan politicians and civil society figures had been due to meet Taliban officials in Doha at the weekend.

But the event was abruptly cancelled on Thursday amid arguments over the size and status of the group, which included some government officials attending in a personal capacity.

“I’m disappointed Qatar’s intra-Afghan initiative has been delayed,” Zalmay Khalilzad, the U.S. special representative for Afghan reconciliation, said on Twitter. “I urge all sides to seize the moment and put things back on track by agreeing to a participant list that speaks for all Afghans.”

The collapse of the meeting before it had even started, described as a “fiasco” by one senior Western official, laid bare the tensions that have hampered moves towards opening formal peace negotiations.

Khalilzad, a veteran Afghan-born diplomat, has held a series of meetings with Taliban representatives but the insurgents have so far refused to talk to the Western-backed government in Kabul, which they dismiss as a “puppet” regime.

The Doha meeting was intended to prepare the ground for possible future talks by building familiarity among Taliban officials and representatives of the Afghan state created after the U.S.-led campaign that toppled the Taliban government in 2001. A similar encounter was held in Moscow in February.

President Ashraf Ghani’s office blamed Qatari authorities for the cancellation, saying they had authorised a list of participants that differed from the one proposed by Kabul, “which meant disrespect for the national will of the Afghans”.

“This act is not acceptable for the people of Afghanistan,” it said in a statement on Friday.

Sultan Barakat, director of the Center for Conflict and Humanitarian Studies in Qatar, which had been facilitating the meeting, said there was no disagreement about the agenda.

“Rather, there is insufficient agreement around participation and representation to enable the conference to be a success,” he tweeted.

Preparations had already been undermined by disagreements on the government side about who should attend, as well as by suspicions among rival politicians ahead of presidential elections scheduled for September.

The Taliban derided the agreed list of 250 participants as a “wedding party”. Some senior opposition figures who had been included refused to attend.

The Taliban also objected to Ghani’s comments to a meeting of delegates that they would be representing the Afghan nation and the Afghan government, a statement that went against the insurgents’ refusal to deal with the Kabul administration.

The Taliban said holding a dialogue with the “powerless and crumbling Kabul administration is a waste of time” as their aim was to focus on the complete withdrawal of foreign forces from Afghanistan.

On Friday, three Afghan intelligence agency personnel were killed and two others wounded in an explosion near a provincial intelligence agency building in the western province of Herat, the National Directorate of Security said in a statement on Friday.

No militant group claimed responsibility for the attack.