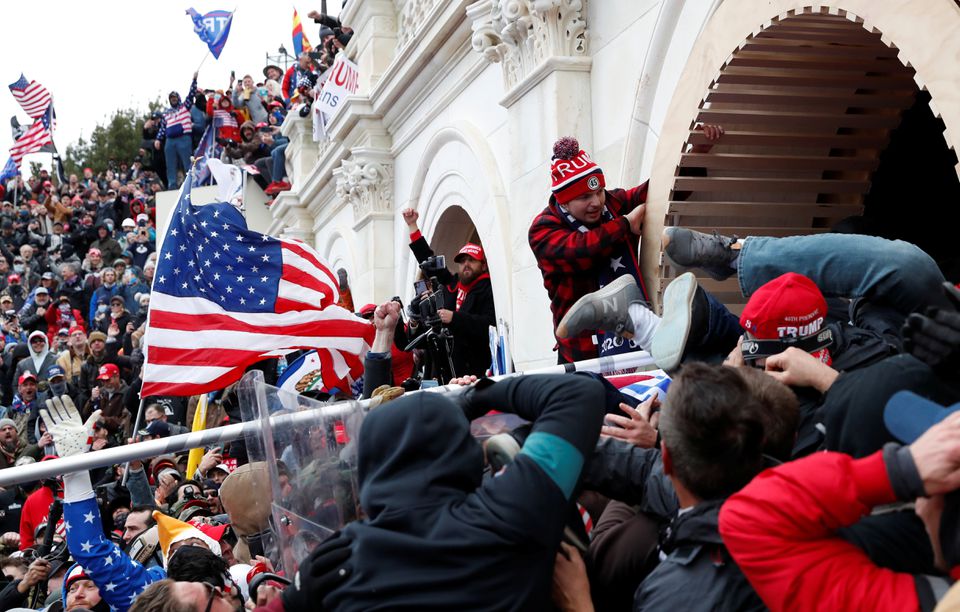 Pro-Trump protesters storm into the U.S. Capitol during clashes with police, during a rally to contest the certification of the 2020 U.S. presidential election results by the U.S. Congress, in Washington, U.S, January 6, 2021. REUTERS/Shannon Stapleton

The House of Representatives committee said it believed Nicholas J. Fuentes and Patrick Casey have information about the planning, coordination and funding of events that preceded the attack.

The two men “are leaders of the ‘America First’ or ‘Groyper movement’ and were present on the Capitol grounds on January 6th,” the committee said in a statement. It is seeking records and testimony from the men.

Fuentes and Casey were not immediately reachable for comment.

The committee is aiming to release an interim report in the summer and a final report in the fall, a source familiar with the investigation said last month. On Tuesday, the committee issued subpoenas for three attorneys including pro-Trump lawyer Rudy Giuliani.

The Select Committee’s members have said they will consider passing along evidence of criminal conduct by Trump to the U.S. Justice Department. Such a move, known as a criminal referral, would be largely symbolic but would increase the political pressure on Attorney General Merrick Garland to charge the former president.