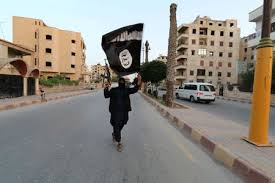 FILE PHOTO - A member loyal to the Islamic State in Iraq and the Levant (ISIL) waves an ISIL flag in Raqqa, Syria June 29, 2014. REUTERS/Stringer/File Photo

BEIRUT/BRUSSELS (Reuters) – Hundreds of foreign jihadist fighters held in Syria represent a “time bomb” and could escape and threaten the West unless countries do more to take them back, the Kurdish-led, U.S.-backed authorities holding them said on Monday. The fate of foreign fighters who joined Islamic State, as well as of their wives and […]