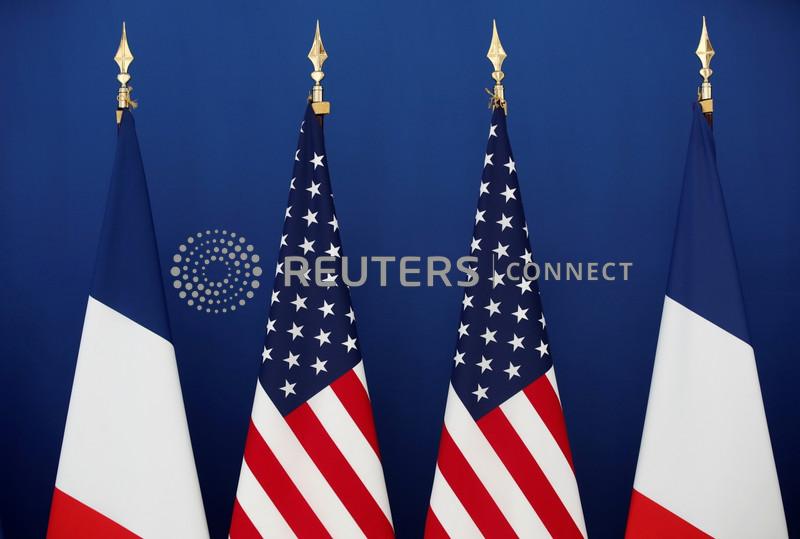 French and U.S. flags are seen ahead of the meeting of French Economy and Finance Minister Bruno Le Maire and US Special Presidential Envoy for Climate John Kerry at the Bercy Finance Ministry in Paris, France, March 10, 2021. REUTERS/Benoit Tessier

LOS ANGELES (Reuters) – The U.S. State Department has approved the possible sale of around $88 million worth of sensor pod suites and other equipment to France, according to an announcement made on Friday.