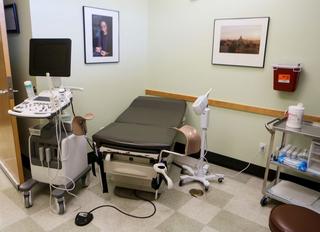 WASHINGTON (Reuters) – A U.S. appeals court on Tuesday allowed Texas to enforce limits at least temporarily on the ability of women to obtain abortions as part of the state’s policy requiring the postponement of non-urgent medical procedures during the coronavirus pandemic.

A three-judge panel of the New Orleans-based 5th U.S. Circuit Court of Appeals, in a 2-1 ruling, put on hold a federal judge’s order issued on Monday that had blocked the state’s action. The fast-moving litigation could reach the conservative-majority Supreme Court in short order.

The 5th Circuit’s action allowed state officials to enforce the restrictions while it decides on the legal merits of the policy, which was announced last week by Texas Attorney General Ken Paxton, a Republican. Texas and other states that previously pursued abortion restrictions have sought to crack down on abortion availability during the pandemic.

Abortion providers including Whole Woman’s Health and Planned Parenthood sued to block the Texas policy on Monday after clinics said they were forced to cancel hundreds of appointments for abortions across the state. Under the policy, abortion providers are covered by a state order that required postponement of non-urgent medical procedures.

The restrictions violate the right to abortion under the U.S. Constitution as recognized by the U.S. Supreme Court in its 1973 Roe v. Wade decision, the abortion providers argued.

“I thank the court for their immediate and careful attention to the health and safety needs of Texans suffering from the spread of COVID-19. The temporary stay ordered this afternoon justly prioritizes supplies and personal protective equipment for the medical professionals in need,” Paxton said, referring to the respiratory illness caused by the virus.

Abortion clinics had just started rescheduling appointments that had been postponed last week when the court acted, according to the Center for Reproductive Rights, an abortion rights group representing the clinics.

“The 5th Circuit is escalating the fear and confusion women seeking abortion in Texas are already experiencing,” said Nancy Northup, the group’s president.