U.S. and China clash over ‘technology transfer’ at WTO 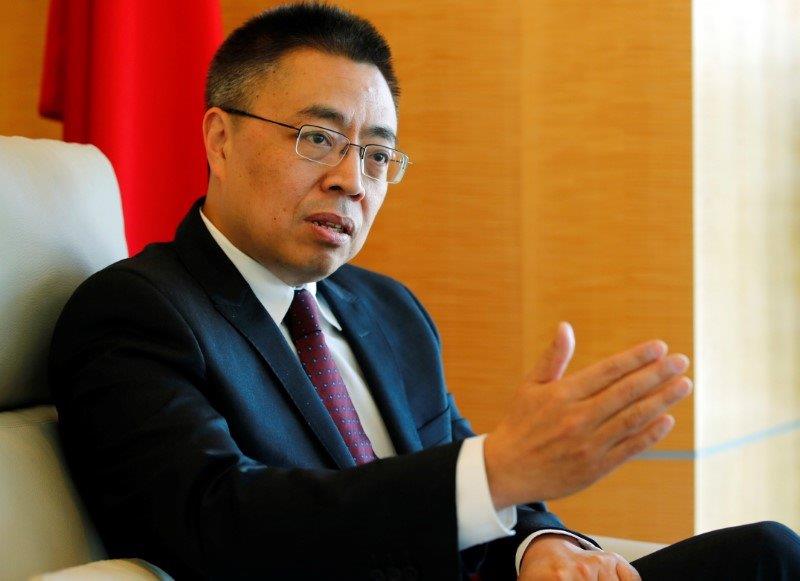 U.S. Ambassador Dennis Shea said “forced technology transfer” was often an unwritten rule for companies trying to access China’s burgeoning marketplace, especially if they were partnering with a state-owned or state-directed Chinese firm.

China’s licensing and administrative rules forced foreign firms to share technology if they wanted to do business, while government officials could exploit vague investment rules to impose technology transfer requirements, he said.

“This is not the rule of law. In fact, it is China’s laws themselves that enable this coercion,” Shea told the WTO’s dispute settlement body, according to a copy of his remarks provided to Reuters.

“Fundamentally, China has made the decision to engage in a systematic, state-directed, and non-market pursuit of other (WTO) members’ cutting-edge technology in service of China’s industrial policy.”

It was a lose-lose proposition for foreign investors, he said, and not just Americans. All countries would see their competitiveness eroded if China’s policies were left unchecked.

China flatly rejected the criticism, which has spawned WTO disputes from both sides and a $50 billion tariff threat from Trump.

“There is no forced technology transfer in China,” China’s Ambassador Zhang Xiangchen told the meeting, adding that the U.S. argument involved a “presumption of guilt”.

“But the fact is, nothing in these regulatory measures requires technology transfer from foreign companies.”

The U.S. Trade Representative’s office had failed to produce a single piece of evidence, and some of its claims were “pure speculation”, he said, adding that the USTR saw Chinese M&A activity as a Chinese government conspiracy.

Technology transfer was a normal commercial activity that benefited the United States most of all, he said, while Chinese innovation was driven by “the diligence and entrepreneurship of the Chinese people, investment in education and research, and efforts to improve the protection of intellectual property.”

Legal experts say Washington needs WTO backing to implement its tariffs as far as they relate to WTO rules, while China has rejected the tariff plan wholesale and resorted to WTO action to stop it.

Under WTO rules, if disputes are not settled amicably after 60 days, the complainant can ask for a panel of experts to adjudicate, escalating the dispute and triggering a legal case that takes years to settle.

The United States, which launched its complaint on March 23, could have used the dispute meeting on Monday to take that step. China could do so at next month’s meeting.

But since the dispute erupted, U.S.-China trade policy has been the subject of high-level bilateral talks.

Last week Trump tweeted cryptically that “our trade deal with China is moving along nicely” but said it probably needed a “different structure”.