U.N. Security Council to meet over North Korea on Wednesday at U.S. request 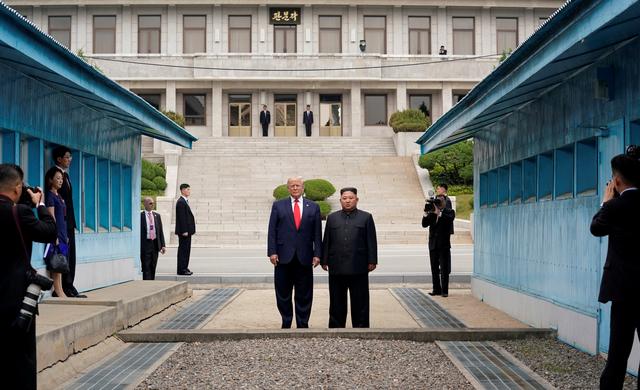 UNITED NATIONS (Reuters) – The U.N. Security Council will meet on Wednesday, at the request of the United States, over missile launches by North Korea and the possibility of an “escalatory” provocation after Pyongyang conducted what it said was a key test at satellite launch site.

The move comes amid growing tensions and stalled talks between the United States and North Korea that Washington hopes will lead to Pyongyang giving up its nuclear and missile programs. North Korean leader Kim Jong Un has given President Donald Trump until the end of the year to offer concessions.

Some diplomats and analysts are concerned that North Korea could next year resume nuclear and long-range missile testing that it suspended in 2017. Trump and Kim have met three times during that time, but no progress toward a deal has been made.

At least eight countries on the 15-member U.N. Security Council had been pushing for a Tuesday meeting on human rights abuses in North Korea, sparking Pyongyang to warn it would consider such a move a “serious provocation” and that it would “respond strongly.”

But the United States, which is president of the Security Council for December, decided to convene a meeting on Wednesday that will focus instead on the threat of escalation by North Korea, diplomats said.

A U.S. official said earlier on Monday there would be “a comprehensive update on recent developments on the Korean Peninsula, including recent missile launches and the possibility of an escalatory DPRK provocation.”

North Korea’s official name is the Democratic People’s Republic of Korea (DPRK). The country has been subject to U.N. sanctions since 2006 over its ballistic missiles and nuclear programs.

North Korea’s U.N. ambassador, Kim Song, said on Saturday that denuclearization was off the negotiating table and lengthy talks with Washington were not needed. Pyongyang then announced it had carried out a “successful test of great significance” at its Sohae satellite launch site.

Trump warned on Sunday that Kim risks losing “everything” if he resumes hostility and that North Korea must denuclearize.

The U.N. Security Council has met behind closed doors several times over the past couple of months, at the request of European members, over missile launches conducted by North Korea. Following a meeting last week, the European states condemned Pyongyang’s “provocative actions.”

“The DPRK has conducted 13 sets of ballistic missile launches since May and continued to operate its nuclear program,” Britain, France, Poland, Belgium and Germany said in a statement, urging Pyongyang to engage in meaningful talks with Washington on denuclearization.

Speaking to reporters on Friday, U.S. Ambassador to the U.N. Kelly Craft said of the council’s discussion about North Korea during the lunch with Trump: “What we all agree upon is that we are very concerned about any more ballistic missile launches.”