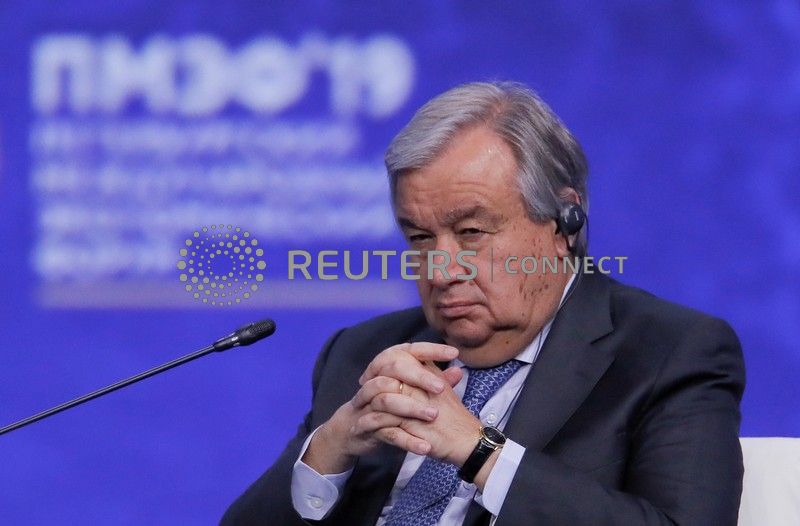 ST PETERSBURG (Reuters) – U.N. Secretary-General Antonio Guterres said on Friday it was important to prevent the United States and China, locked in a trade dispute, from sliding into a new Cold War.

Guterres was speaking on a panel alongside Russian President Vladimir Putin and Chinese President Xi Jinping at the St Petersburg economic forum, where both leaders criticised global trade wars.