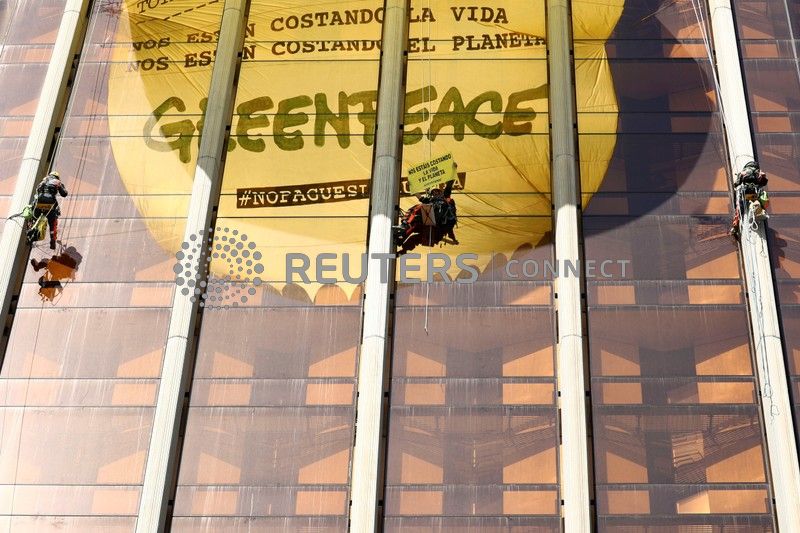 LONDON (Reuters) – The International Seabed Authority (ISA) has rejected criticism from Greenpeace over its handling of ocean mining, fuelling a spat that threatens to overshadow talks this month by the U.N. body towards rules for deep sea mining.

Mining international waters is in the spotlight as companies and countries are looking at minerals concentrated on the ocean floor that can be used in batteries for smart phones and electric vehicles.

Greenpeace, which wants a moratorium at least until the ocean depths are better understood, issued a report this week warning seabed mining risks doing irreversible harm and said the 168-member ISA should not set the rules.

Tensions between campaigners and the ISA coincide with talks throughout July in Jamaica, where the U.N. body is headquartered, ahead of a 2020 goal its member states have set to agree rules on seabed mining. So far only exploration has been allowed.

The ISA says it has the right to set the rules as it is a transparent public forum of consensus-building by the international community and in compliance with international law.

Lodge said Greenpeace’s demands for a “global ocean treaty” rather than the ISA to govern ocean mining did not make sense.

Greenpeace stood by its report on Friday.

“We think that this treaty should establish a body that has oversight of activity affecting biodiversity, and have the mandate to protect it for future generations given none of the bodies set up by UNCLOS thus far has that mandate nor the capability/oversight,” it said in an email to Reuters.

The ISA was established to manage seabed minerals by the United Nations Convention on the Law of the Sea (UNCLOS), effectively a constitution for the oceans, Lodge said in a telephone interview.

For many years, the debate was academic and mining companies doubted ocean bed mining could be economic. That has changed as some nations and companies see it as an effective way to get polymetallic nodules containing nickel, copper, cobalt and manganese.

Even if the ISA agrees exploitation law, mining would not take place for years given the technical difficulties.

Royalties would be paid to the ISA for distribution, the bulk of which in theory could be to emerging economies.

This month’s talks could debate whether China – which holds four of the 29 ISA exploration contracts granted so far, the most by any country – is an emerging economy.

The ISA is also considering granting another exploration contract to China, Lodge said.

Other nations active in the deep seas include Russia, Britain and Belgium.

The United States is not in the ISA but Britain is and Lockheed Martin’s British unit UK Seabed Resources has two exploration contracts.