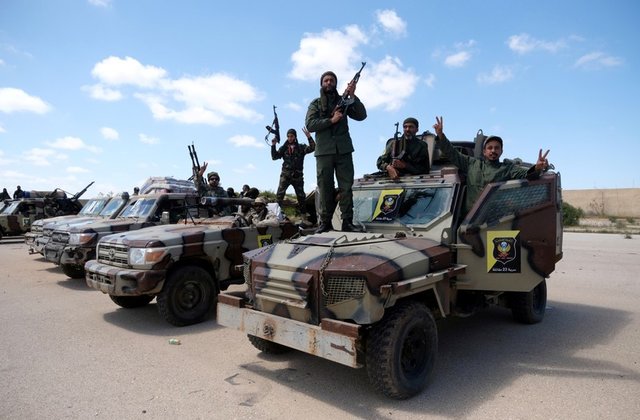 Libyan National Army (LNA) members, commanded by Khalifa Haftar, pose for a picture as they head out of Benghazi to reinforce the troops advancing to Tripoli, in Benghazi, Libya April 7, 2019. REUTERS/Esam Omran Al-Fetori

TRIPOLI (Reuters) – The Health Ministry of the U.N.-backed Libyan government of National Accord said in a statement late on Sunday that clashes in the southern part of the capital, Tripoli, resulted in 11 killed and 23 wounded.

The ministry gave no details of whether the casualties were civilians or fighters.