Two toddlers among 73 migrants plucked from drifting dinghy off Libya 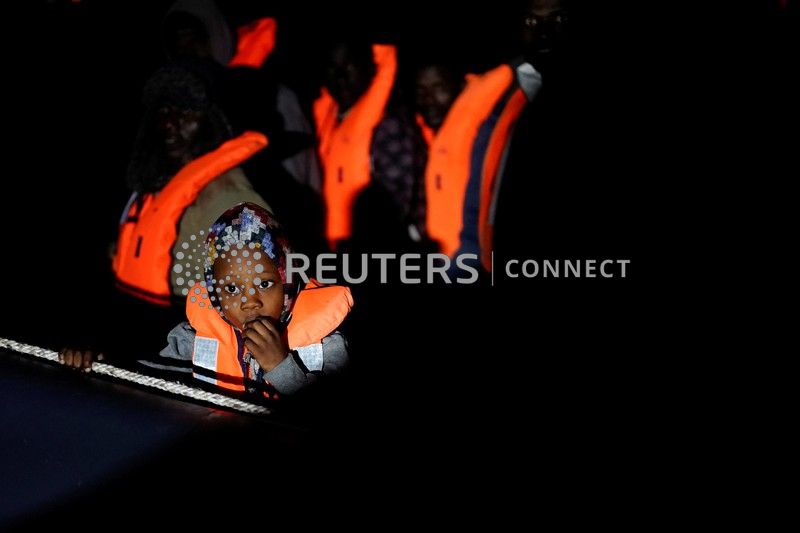 A child gestures from a rubber boat before being rescued with other migrants during a search and rescue (SAR) operation by the NGO Proactiva Open Arms rescue boat in the central Mediterranean Sea, November 21, 2019. REUTERS/Juan Medina

ONBOARD OPEN ARMS, off Libya (Reuters) – Some 73 migrants, many suffering from hypothermia and burns, were rescued by a Spanish charity ship late on Wednesday from a packed rubber dinghy that had been drifting off the Libyan coast for nearly 24 hours.

It is the latest rescue by the Open Arms vessel in the Mediterranean, where more than 1,000 migrants on their way from north Africa to Europe are believed have drowned or are missing so far in 2019, according to UN figures.

Open Arms has repeatedly clashed with governments in Italy and Malta in its efforts to save migrants attempting the dangerous crossing, with both countries resisting attempts to land those rescued on their territory.

The migrants taken on board on Wednesday included two children under the age of five.

They looked petrified as they were lifted out of the dinghy, Reuters video footage showed.

The migrants, mostly from Central and Western Africa, were found crammed in a dinghy whose engine had broken down, according to Open Arms spokeswoman Laura Lanuza.

Many were in shock and suffering from hypothermia and second-degree burns from prolonged exposure to saltwater and gasoline, she added.

One young man from Niger was suffering from gunshot wounds which he said were sustained in a Libyan detention centre in early November.

Open Arms mission chief Ricardo Gati said that while the rescue took place near the Libyan town of Zawiya, the NGO was seeking to disembark at a European port.

“We would like a response from a functional government, which leaves Italy or Malta. The closest safe port to us is in Italy,” said Gati. “We’re waiting to see what the response is and how long we have to wait.”

This summer, the NGO was involved in a weeks-long standoff with the Italian government, with nearly 100 migrants crammed on board Open Arms in deteriorating conditions, which ended when an Italian court ordered authorities to open its port.

This time, he warned, time was running short. “Within two to three days, we know the sea will become very rough.”