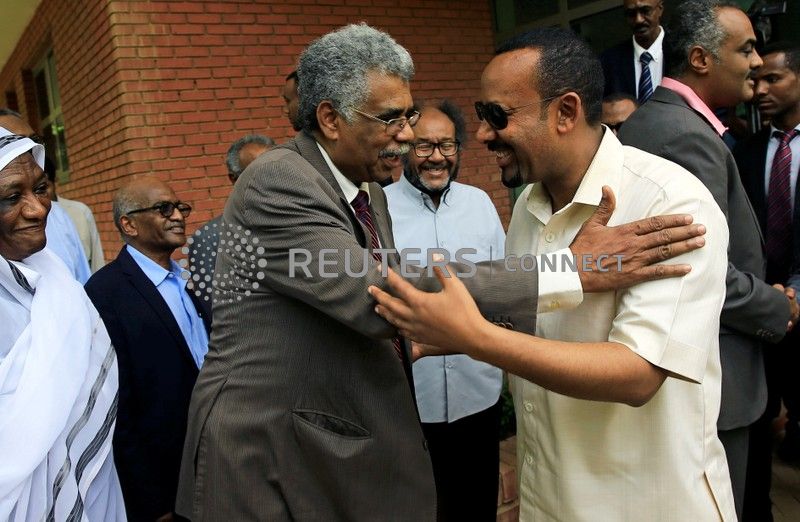 Abiy had on Friday urged Sudan’s military rulers and civilian opposition to exercise “bravery” in trying to agree steps towards democracy after the worst bloodshed since the overthrow in April of President Omar al-Bashir.

The Ethiopian premier visited days after Sudanese forces stormed a protest camp outside the Defence Ministry in Khartoum where demonstrators were demanding civilian rule. Dozens of people have been killed since Monday.

While no breakthrough was announced at the end of Abiy’s one-day visit, an aide to the Ethiopian prime minister said the talks went well and that Abiy would be returning to Sudan soon.

The TMC expressed its “openness and keenness to negotiate to reach satisfactory understandings that will lead to a national consensus…, leading to the establishment of a democratic transition,” SUNA said.

However, two opposition figures who were at Friday’s meeting with Abiy said Ismail Jallab, secretary general of the Sudan People’s Liberation Movement-North (SPLM-N), and the armed group’s spokesman Mubarak Ardol were detained a few hours later.

Abiy offered to mediate after the opposition Declaration of Freedom and Change Forces (DFCF) alliance’s talks with the TMC over who will lead a transition period before elections had ground to a halt, then collapsed altogether after the raid on the protest camp.

Opposition medics say 113 people were killed in the storming of the camp and subsequent security crackdown. The government has put the week’s death toll at 61, including three members of the security services.

On Wednesday, SPLM-N deputy head Yasir Arman was detained by security services at his house in Khartoum, the organisation said. He had returned from exile after Bashir was toppled by the military, 30 years after he took power in a bloodless coup.

Arman had been sentenced to death in absentia for his part in a rebellion against Bashir’s government that started in the Sudanese state of Blue Nile in 2011.

The arrest of Jallab and Ardol came hours after Mohammad Esmat, another DFCF member, was taken into custody after he met with Abiy.

There was no immediate comment from the TMC on the reported arrests.

“This amounts to a practical response from the military council that effectively rejects the Ethiopian prime minister’s mediation effort,” Khalid Omar Yousef, a DFCF leader, told Reuters after Esmat’s arrest.

Yousef said that Abiy had proposed setting up a transitional council comprised of eight civilians and seven military officers with a rotating presidency.

The opposition demanded that the military rulers take responsibility for the bloodshed, allow an international investigation into the violence and free political prisoners, Yousef added. The Sudanese opposition would not agree to any deal before all of its conditions are met, he said.

The SPLM-N includes many fighters who sided with South Sudanese rebels in decades of civil war fuelled by ethnicity, oil and ideology that ended in a 2005 peace deal.

But they were left inside Sudan when that agreement paved the way to the secession of South Sudan in 2011.