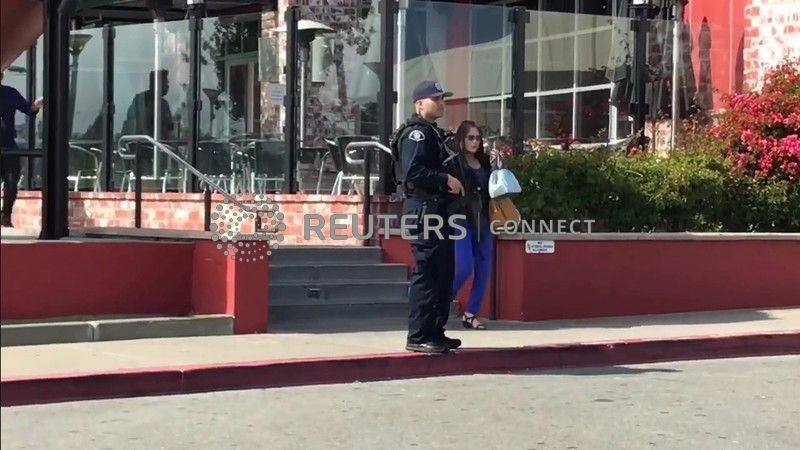 An armed police officer stands guard near the scene of a shooting at the Tanforan Mall shopping center in the San Francisco suburb of San Bruno, California, U.S. July 2, 2019, in this still image obtained from a social media video. Courtesy of Chris Webb/Social Media via REUTERS.

(Reuters) – Two people were shot and two others hurt on Tuesday when at least one gunman opened fire at a mall in the San Francisco suburb of San Bruno before apparently fleeing on a nearby train, police said.

“It was a senseless act,” Barberini said, adding that opening fire in a crowded shopping mall near a Bay Area Rapid Transit (BART) station showed a “true disregard for human life.”

Two other people were treated at the scene for minor injuries they suffered in fleeing from the gunmen.

Barberini said police were searching for one or possibly two gunmen who may have fled the scene by getting on a BART train headed for Oakland.

The shopping mall in San Bruno, located south of San Francisco, was closed after the gunfire, police said on Twitter.

The Bay Area Rapid Transit authority said one of its commuter stops was shut down as a precaution after the shooting.