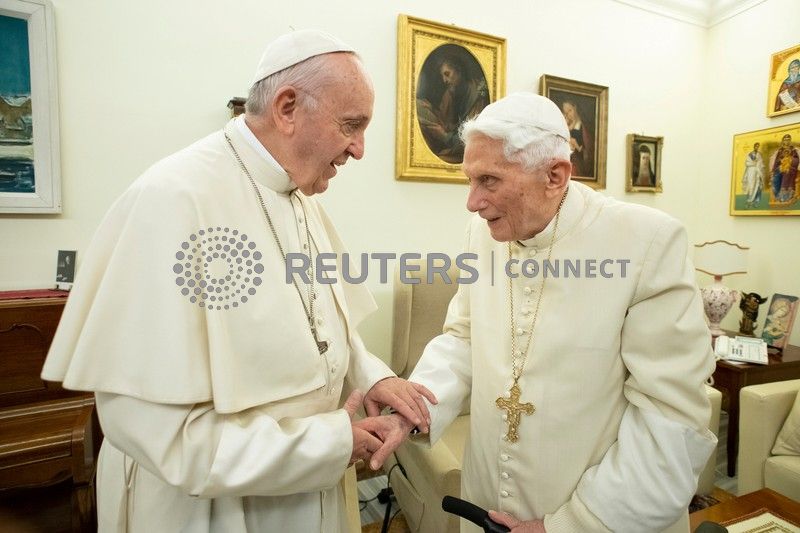 LONDON (Reuters) – Director Fernando Meirelles is a fan of Pope Francis but says his new film, which tries to get into the head of the Argentine pontiff, also shows some of his weaknesses.

“The Two Popes” is based on the story of Pope Benedict’s 2013 dramatic retirement from the papacy and the ascendancy of Pope Francis and imagines some of the conversations the two men might have had.

“I did the film because I’m a big fan of Pope Francis. I think he’s a very important voice in the world today,” Meirelles said at the London film festival on Monday.

“He sees the planet as one thing and he’s trying to build bridges while everybody wants to build walls. So I decided to make the film to know him better and even to support what he says,” he added.

“It’s very honest. We show the mistakes that he’s done some 30 years ago in Argentina. But in the end, he comes across like somebody we should support,” the Brazilian filmmaker said.

The film, starring Anthony Hopkins as the traditional Pope Benedict and Jonathan Pryce as his more liberal successor, is set mostly in a movie set replica of the ornately decorated Sistine Chapel in the Vatican.

“It was just such a great character to play, showing his flaws and his weaknesses as well as his very positive strengths and what he can do as a kind of leader which we desperately need in political life these days; someone who can show us the way and show us how to live and go back to the old Christian values,” Pryce said.

The Netflix movie launches in U.S. movie theaters in late November and on the streaming service in December. It is not known whether it will be screened at the Vatican.

“If he (Francis) sees it, I hope he is amused. I hope he isn’t angry. And I hope he understands that what we’ve tried to portray is the essence of the man and what he is trying to do,” said Pryce.