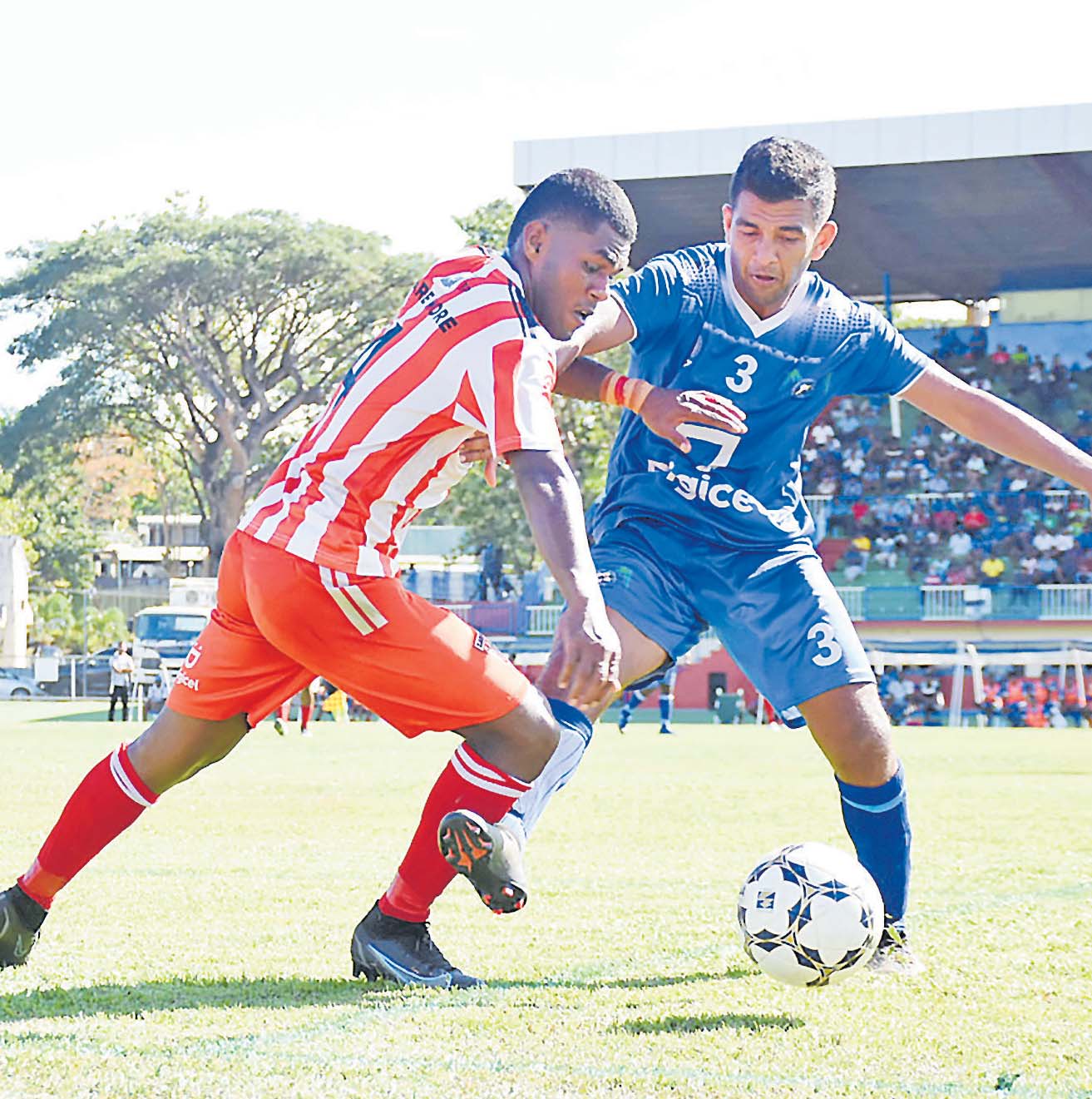 Only two Digicel Premier League matches will be played this weekend.

On Saturday at Subrail Park at 1.30pm, Labasa will host Suva while Rewa will face Navua on Sunday at Ratu Cakobau Park in Nausori at 3pm.

Rewa has four rounds of matches to play while Suva has three and Labasa has two.

Rewa, after playing Navua this weekend, will face Lautoka, Nadroga, and Suva in their remaining matches and if they win all matches for sure they will create history by winning their first ever National League title while Suva will hope Rewa loses one match and they win against Navua, Nadroga, Labasa, and Rewa will see them taking the crown this season.

At the end of round 17 last weekend, Lautoka after a 2-0 win over bottom-placed Nasinu has moved up to the top position on the DPL points ladder with 32 points while Rewa moves to second spot with 30 points.

Suva after a 3-0 win over Navua sits in third position with 29 points and Nadi after a 2-1 win over Labasa is in fourth spot also with 29 points but a better goal difference puts Suva ahead.

Ba after a 4-2 win over Tailevu Naitasiri is in fifth place with 26 points, Nadroga is ranked sixth with 20 points.

Labasa is in the seventh position with 19 points while Navua is in eighth spot with 17 points.

Tailevu Naitasiri is second last on the table with 11 points while Nasinu is at the bottom with 9 points.