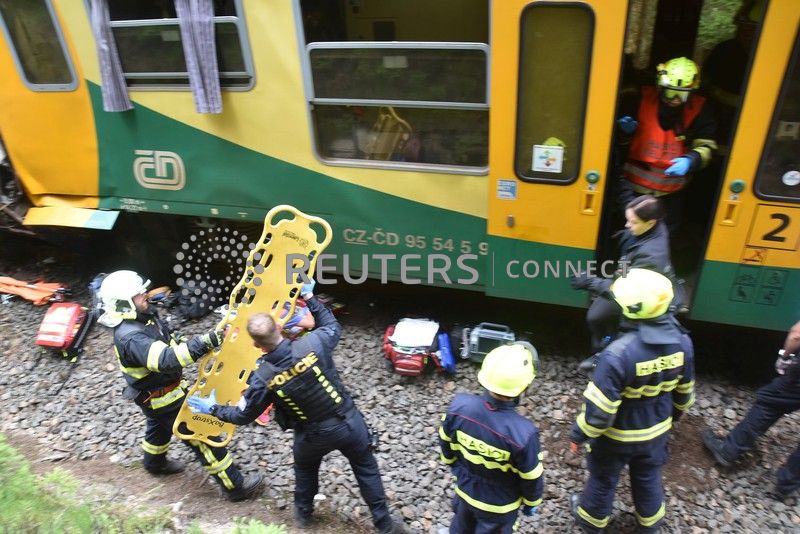 Firefighters are seen working on a site of a train crash near the village of Pernink, near the border with Germany, Czech Republic, July 7, 2020. HZS Karlovarskeho kraje/Handout via REUTERS

PRAGUE (Reuters) – At least two people were killed and 24 were injured when two trains collided in the northwest of the Czech Republic near the border with Germany on Tuesday, an emergency services spokesman said.

The accident occurred between Pernink, about 10 km (six miles) from Germany, and Nove Hamry, in the region of spa town Karlovy Vary. Of those injured, nine had serious or severe injuries.

The trains crashed less than 1 km from Pernink station, CTK news agency reported. One of the trains was headed to Johanngeorgenstadt in Germany.

CTK said one of those killed was a German national.

German citizens were among the injured, the emergency services spokesman said.

German emergency services assisted with the injured at the site of the accident in the hilly, wooded area, CTK reported.