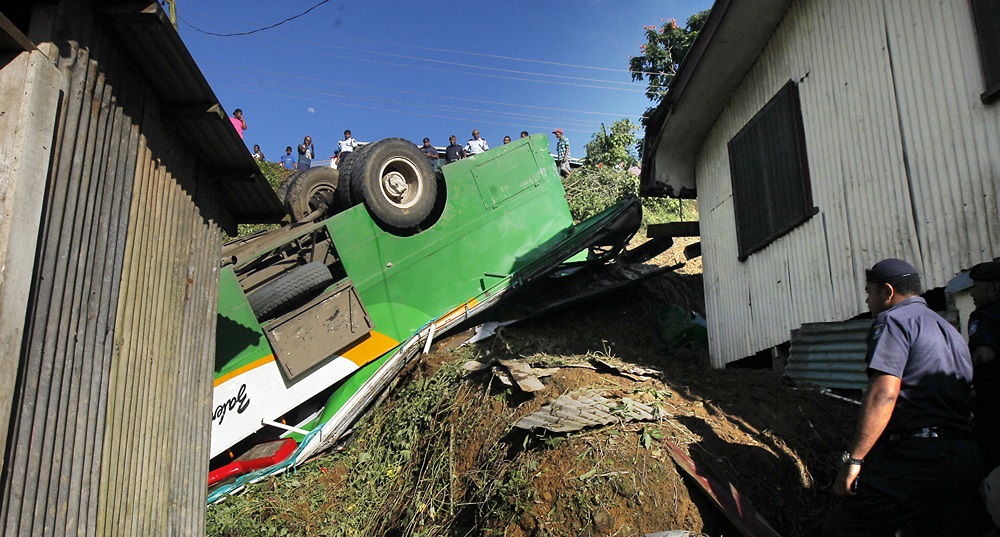 Police officers stand on guard at the scene where the bus tipped over at Lakena in Nausori on Wednesday, October 09, 2019. Picture: ATU RASEA

TWO children died and another two are critically injured after the bus they were travelling in toppled over and crashed into a house at Lakena 02, Nausori, yesterday.

Eneriko Tuimatau, the man who helped carry them from the scene of the accident and accompanied them to the Nausori Health Centre, also had his children on the bus. 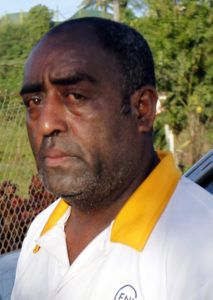 Ereniko Tuinimatau who helped carry the two students from the scene of the accident to the Nausori health centre yesterday. Picture: ATU RASEA

“I was still at home when my two children came running and crying saying, ‘dad we need to help them the bus has overturned’,” he said.

“My children kept saying ‘you need to hurry up, we need to help them’.”

Mr Tuimatau said he rushed to the scene and when he saw the state of the bus, he knew that children were in danger.

“We tried to get as many of the children out as possible but there were two of them still stuck inside the bus.”

Mr Tuimatau said a man who owned a tow truck helped remove the part of the bus where the students were trapped.

“I helped carry the two children into the ambulance and went with them to the health centre in Nausori.

“On our way there I tried to help them but they were unresponsive.

“I cried because these weren’t just students, they belonged to families and they did not deserve to die this way.”

Police spokeswoman Ana Naisoro said the 46-year-old driver was in a critical situation in hospital and 17 other students received medical treatment.