Two deaths by drowning in 2019 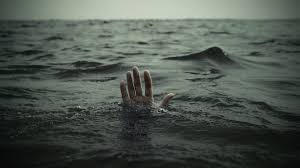 A one-year-old child is believed to be the country's latest drowning victim. Picture: SUPPLIED

TWO drowning cases have been recorded by Police, two weeks into the new year.

A 25 year old man of Buretu Village in Tailevu is the latest drowning victim.

According to Police, the man was swimming with some friends and decided to swim across a river to get a bamboo when he failed to reach the other side.

“Search conducted and decease was later found 20 to 40 meters from the river bank,” Police said.