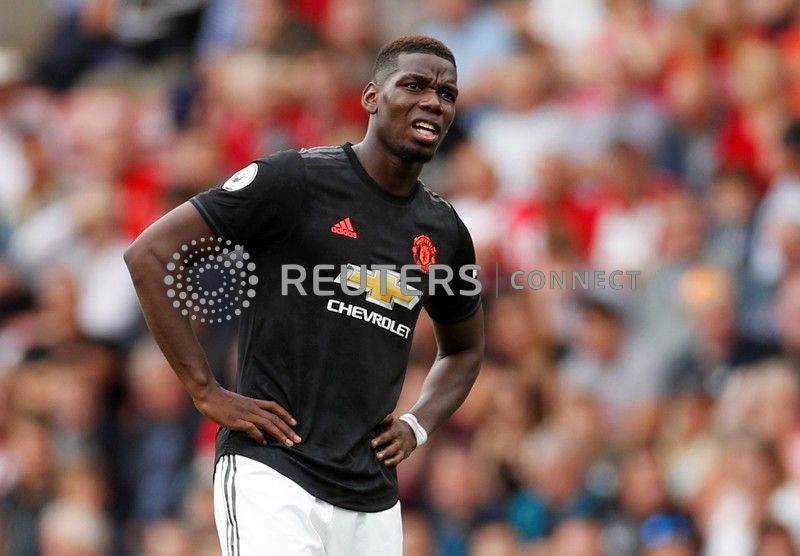 (Reuters) – Twitter said it has taken action on more than 700 cases of “abuse and hateful conduct” related to football in Britain in the last two weeks and promised on Wednesday to continue its efforts to curb the menace.

Manchester United’s Paul Pogba was a target of racist abuse online after missing a penalty in a Premier game last month and Twitter had said it would discuss the issue with the club and British anti-discriminatory body Kick It Out.

Chelsea boss Frank Lampard called on social media firms to register their users in order to stamp out racist comments after defender Kurt Zouma and striker Tammy Abraham were targeted.

“In the past two weeks, we’ve taken action on more than 700 examples of abuse and hateful conduct related to UK football,” Twitter UK said.

“This vile content has no place on our service. We will continue to take swift action on the minority that try to undermine the conversation for the majority.

“This behaviour does not reflect the vast majority of fans who use Twitter… we’ve spent years forging strong partnerships with clubs, organisations and supporters and deeply value the relationships.”

The social media firm said that it had met with England’s Professional Footballers’ Association and affected clubs and agreed proactive measures to collectively tackle the issue.

“We want to play our part in curbing this unacceptable behaviour… and will continue engaging with partners and clubs, protecting the conversation from abuse, and taking rapid action on accounts that break our rules,” Twitter UK added.

“Working with the @PFA, we will participate in their player training programme and will be joining a series of educational sessions with its membership to support the PFA’s ambition to tackle the issue.

“Working with @kickitout, we will conti