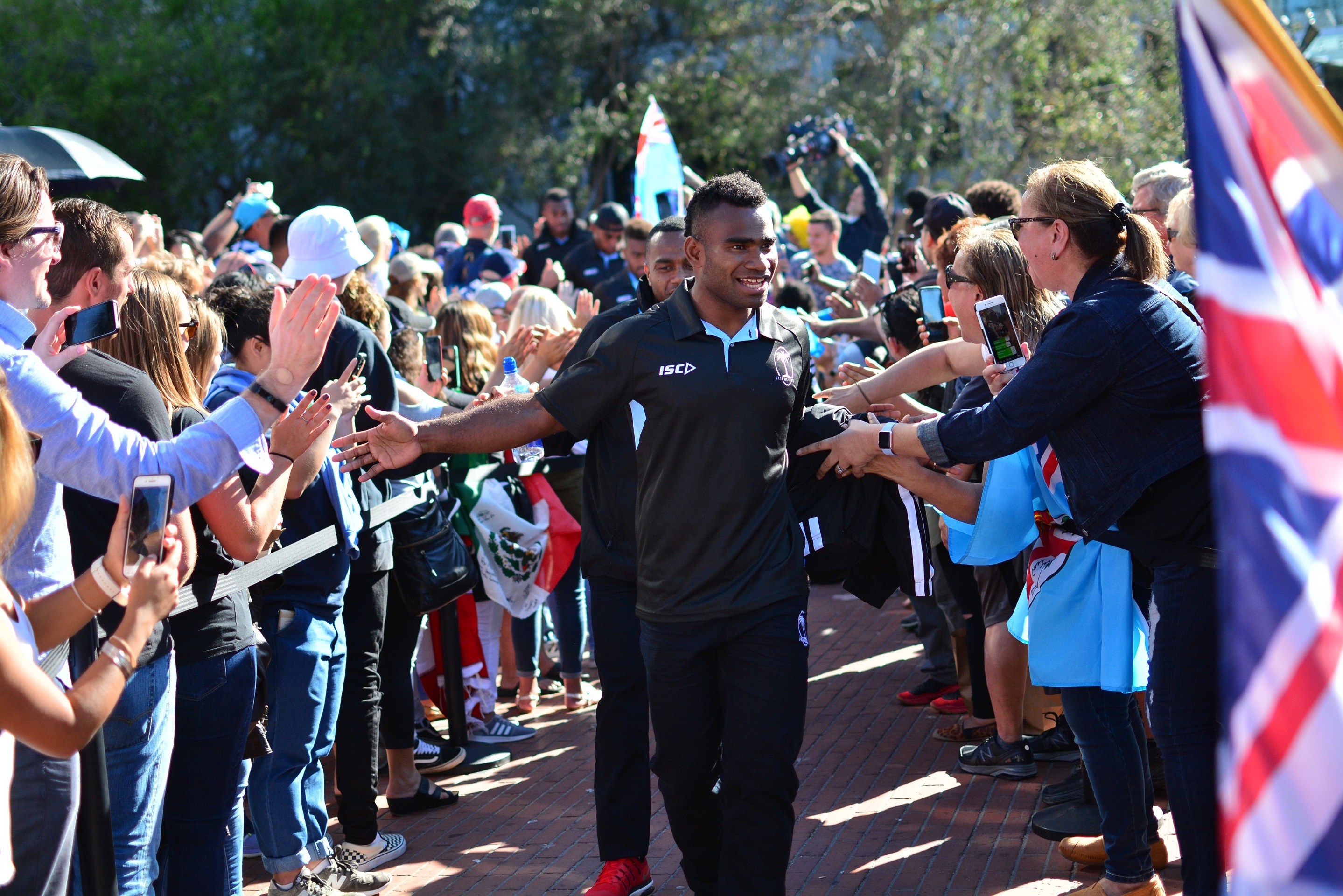 Fiji 7s captain Jerry Tuwai meeting fans at the welcoming ceremony of the 2018 Sevens Rugby World Cup in San Francisco in July. Fijian playmaker Jerry Tuwai earns a nomination for the second year running after once again carving open defences at will with his vision and step, making the most of his diminutive frame to dart through gaps to create opportunities for himself or those around him. Picture: FT FILE/JOVESA NAISUA

THE Fiji Airways 7s team captain Jerry Tuwai has been selected as one of the three nominees at the World Rugby Men’s Sevens Player of the Year for 2018.

Tuwai along with USA 7s speedster Perry Baker and Australia’s running forward Ben O’Donnel are the three contenders for the award.

The players were selected by match officials and commentators on the men’s and women’s HSBC World Rugby Sevens Series and Rugby World Cup Sevens 2018.