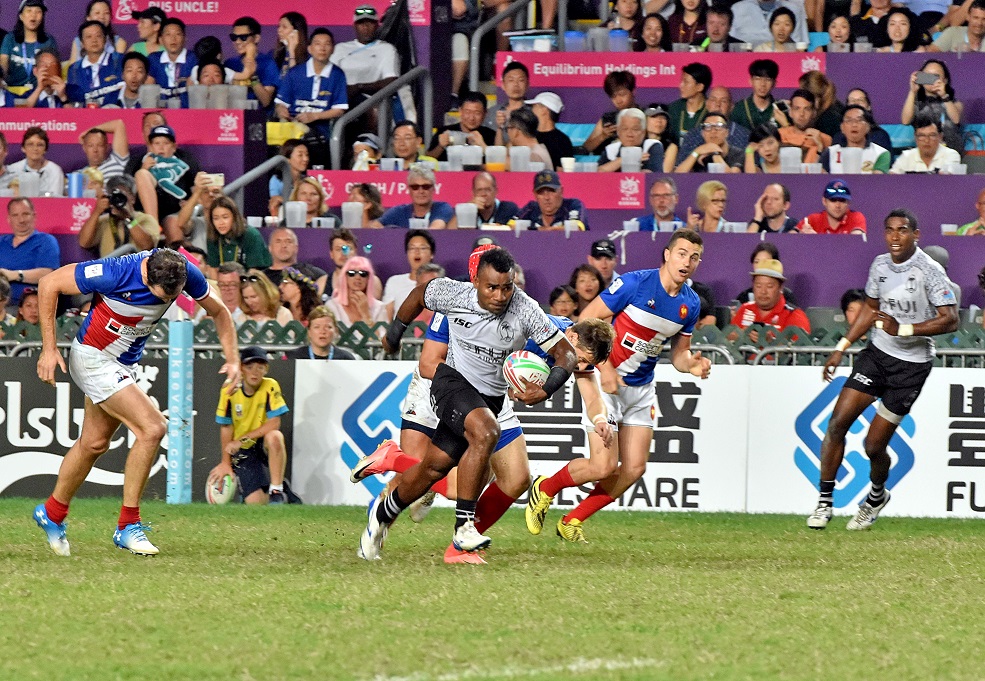 Jerry Tuwai gets through a gap against France in their Cup final match. Picture-JONACANI LALAKOBAU

HISTORY maker Jerry Tuwai, regarded as one of the best 7s players in the world, says he has a lot to learn to become a star sevens player such as the master, Waisale Serevi.

Now he says he has a lot to learn to become the best like the best 7s player of all time, Fijian Waisale Serevi.

“That’s Serevi still being a humble person,” Tuwai said after his side won the Hong Kong title.

“I still look up to him as my greatest sevens player. Me and Serevi, we are very far apart and I am nowhere near his class.

“He is the king of 7s, and as for me, I am still learning and I want to continue to learn as much as I can in the game,” Tuwai said.