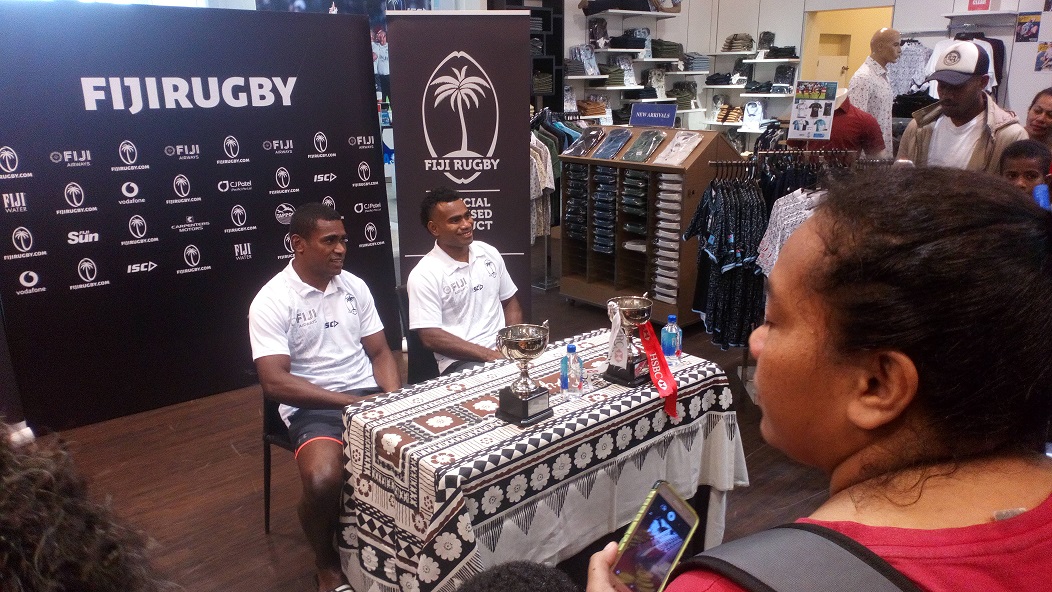 The two gentlemen were invited to meet their fans and also hand over the trophies to Tappoos as part of the partnership between Fiji Rugby Union and Tappoos Limited.

This is to showcase the trophies in their store.

Young and old flocked to Tappoos’ Suva outlet to take a glimpse of the two champions. They also signed autographs.