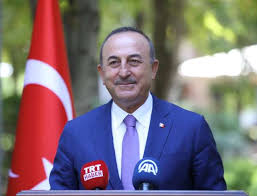 ANKARA (Reuters) – Turkey and Russia have moved closer to an agreement on a ceasefire and political process in Libya during their latest meetings in Ankara, Turkish Foreign Minister Mevlut Cavusoglu told an interview with broadcaster CNN Turk late on Wednesday.

Ankara and Moscow are the main power brokers in Libya’s war, backing opposing sides. Russia supports the eastern-based forces of Khalifa Haftar, while Turkey backs Libya’s internationally-recognised Government of National Accord (GNA). The GNA and the leader of a rival parliament to the east called for a ceasefire last month, but Haftar dismissed the move.