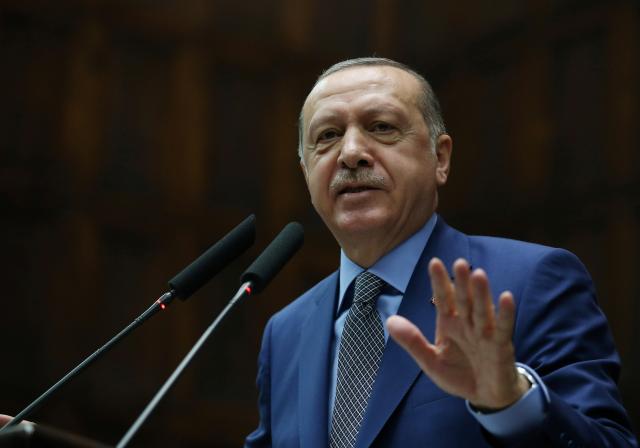 ANKARA (Reuters) – The order to kill journalist Jamal Khashoggi came from the “highest levels” of the Saudi government, Turkish President Tayyip Erdogan said in the Washington Post on Friday and he called for the “puppetmasters” to be unmasked.

Khashoggi, a Washington Post columnist critical of the Saudi government and its de facto ruler Crown Prince Mohammed bin Salman, disappeared after he entered the Saudi consulate in Istanbul exactly one month ago on Oct. 2.

Erdogan, in an op-ed piece in the newspaper, said he did not believe “for a second” that King Salman had ordered “the hit” on Khashoggi and he also refrained from directly accusing the crown prince.

An adviser to Erdogan said last week that MbS, as the crown prince is informally known, had “blood on his hands” over Khashoggi’s killing, the bluntest comments yet from someone linked to Erdogan about Riyadh’s de facto ruler in connection with the death.

“No one should dare to commit such acts on the soil of a NATO ally again. If anyone chooses to ignore that warning, they will face severe consequences,” Erdogan warned in the op-ed piece.

Erdogan accused the Saudi consul in Istanbul of lying “through his teeth” and the Saudi chief prosecutor of refusing to cooperate, stalling the process and not answering simple questions.

Erdogan said there was more to Khashoggi’s death than just action by “a group of security officials,” he said.

“As responsible members of the international community, we must reveal the identities of the puppetmasters behind Khashoggi’s killing and discover those in whom Saudi officials — still trying to cover up the murder — have placed their trust.”