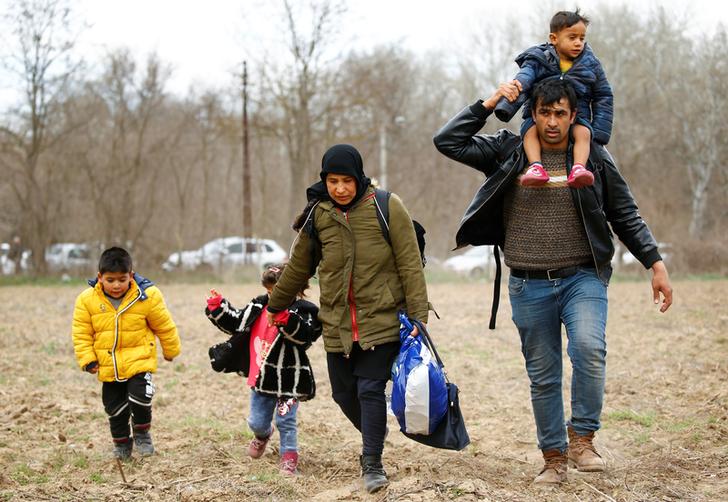 OUTSIDE SARAQEB, Syria/ANKARA (Reuters) – Refugees in Turkey headed toward European frontiers on Friday after an official said the borders had been thrown open, a response to the escalating war in Syria where 33 Turkish soldiers were killed by Russian-backed Syrian government troops.