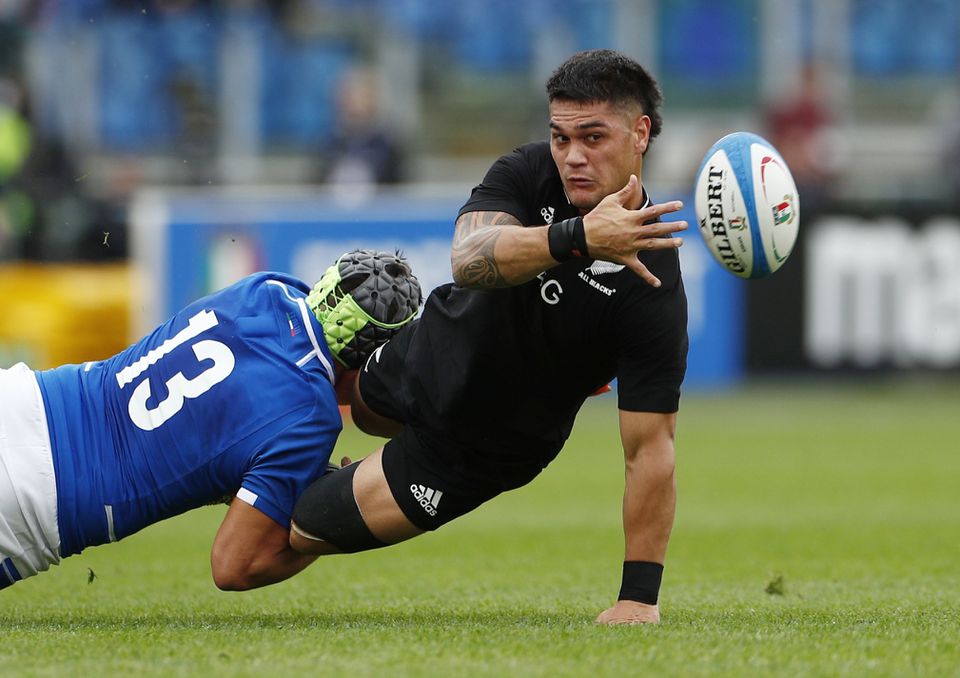 Oct 1 (Reuters) – All Blacks centre Quinn Tupaea is hoping to return to action ahead of next year’s Rugby World Cup as he prepares for knee surgery on a season-ending injury sustained against Australia last month.

Wallabies lock Darcy Swain was banned for six weeks for the controversial clean-out that ruptured the 23-year-old’s knee ligaments during New Zealand’s win over Australia in Melbourne, sidelining Tupaea until the middle of next year.

“I’ve had a few days to process it and, yeah, it’s been pretty tough, but I think I’m coming through the other side here,” he told Newstalk ZB radio.

“I’ll be in a brace for six weeks or something but be moving the whole time and, yeah, just slowly chipping away at it and hopefully be back playing in nine months.

“That’s the goal at the moment.”

Tupaea will miss all of next year’s Super Rugby season and faces a major challenge to reclaim a place in the All Blacks squad ahead of the World Cup, which kicks off in France in October.

The All Blacks had been incensed by Swain’s behaviour, with fullback Beauden Barrett describing the incident as a “free shot” on a defenceless Tupaea as the Australian clattered into his extended leg.

Swain was suspended for six weeks but will miss only three tests after his inclusion in an Australia A side for a tour of Japan, leaving him free to play some part in the Wallabies’ end-of-season tour of Europe.

“I thought I’d won a penalty, heard the whistle go and then I just felt a bit of force hit my knee from the side,” Tupaea said of the incident.

“It actually hurt quite a bit and when I got up to test it myself, my knee just sort of collapsed inwards.”