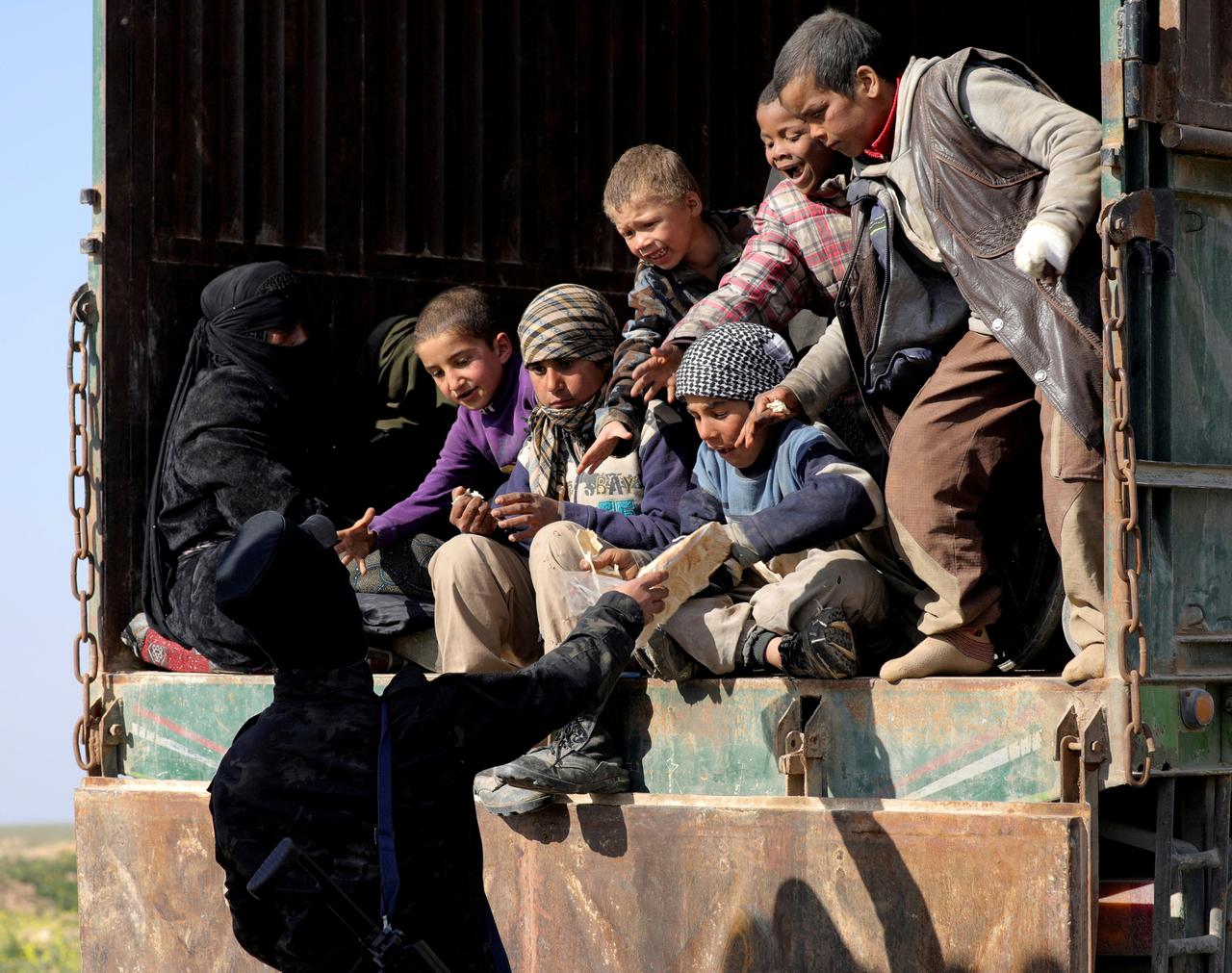 DEIR AL-ZOR PROVINCE, Syria (Reuters) – More than a thousand foreign jihadists could still be sheltering among civilians in Islamic State’s final stronghold in east Syria, a shred of land riddled with defensive tunnels, an official with the U.S.-backed force trying to defeat them said on Sunday.

The Syrian Democratic Forces (SDF) militia has surrounded the militants at the village of Baghouz near the Iraqi border and is trying to complete an evacuation of civilians from the tiny area before storming it or forcing a surrender.

Throughout its steady advance across the Syrian stretch of Islamic State’s self-declared caliphate, the SDF has been slowed by the group’s extensive use of tunnels and human shields – tactics it says are still being deployed in Baghouz.

“It is expected that there are still undiscovered tunnels, even rooms underground,” said Mustafa Bali, an SDF spokesman. “This creates a military problem for us.”

The capture of Baghouz will end a campaign of conventional warfare which began in the ruins of Kobani on Syria’s border with Turkey in late 2014, when the SDF’s strongest component, the Kurdish YPG militia, halted the jihadist advance.

It was the high water mark for the caliphate that Abu Bakr al-Baghdadi had declared earlier that year from a medieval mosque in Mosul, northern Iraq, followed by years of steady jihadist defeats that now culminate in the steppe of eastern Syria.

Despite the loss of its territory in Iraq and Syria, however, local and Western officials warn the group will still pose a threat there, going underground and using guerrilla tactics.

On the long road through SDF territory to Baghouz, there are numerous checkpoints run by the Kurdish Asayish security force, and SDF officials warned of ambushes and bomb-rigged motorcycles.

On the walls of a military base not far from the front line are SDF murals, as well as some vaunting the military feats of the YPG and its all-women counterpart, the YPJ.

Bali said around 6,000 civilians have come out of Baghouz in recent days, many of them jihadists’ wives and children. Some 20,000 had already left over the preceding weeks before the final phase of the siege began.

Some of the fighters have attempted to slip out with them, and the SDF has set up screening points to vet everybody leaving the enclave.

However, Bali said it was hard to predict how many non-combatants remain inside the pocket and that although sources inside Baghouz have said there may be 5,000 civilians, previous estimates have turned out to be wrong.

As for the number of Islamic State fighters, “there could be more than 1,000. They are all foreigners”, he said.

“They are very fierce and professional, with high levels of experience. These are the elite fighters of Daesh who have gathered here from all over the world,” he said, using the Arabic acronym for Islamic State.

The operation to pull out remaining civilians in trucks and buses over poor roads was delayed on Sunday because of bad weather, but Bali said it would continue.

“We will not end our moral victory over Daesh with a massacre,” he said. “Whatever the price and whatever we can do we will work to evacuate the civilians. After that, the attack. There are two options: surrender or war.”