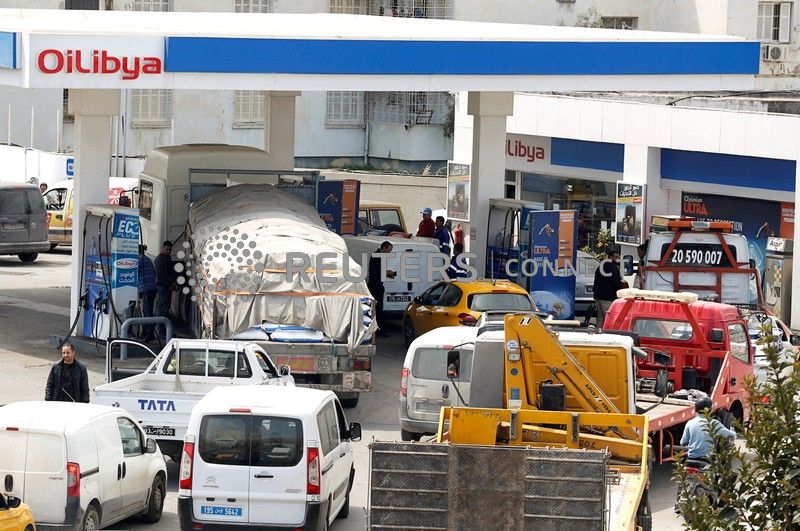 Automobiles line up for gasoline at a gas station in Tunis, Tunisia, May 2, 2019. REUTERS/Zoubeir Souissi

TUNIS (Reuters) – Tunisia ordered the army on Friday to transport fuel to petrol stations on Friday, a government source said, the second day of a strike by fuel distribution workers that has caused empty pumps and long queues across the country.

The government is facing rising public demands for more pay with inflation at about 7 percent. It is also contending with pressure from international lenders to cut the public wage bill and other spending to shore up state finances.

The fuel distribution workers launched a three-day walkout on Thursday to press demands for a wage rise of about 300 dinars ($100) a month. Their strike is the latest in a series of stoppages by education, health and transport workers.

“Prime Minister Youssef Chahed has bordered the army to distribute fuel in light of the ongoing strike, which has gone against the interests of the people,” the government source, speaking on condition of anonymity, told Reuters.

The walkout has disrupted normal life as drivers have had to abandon their cars after running out of fuel, while thousands have had to queue for long hours with jerry cans to fill up at petrol stations.

Tunisians have complained about a decline of state services since Zine El-Abidine Ben Ali was overthrown in 2011. The uprising to topple the autocrat heralded a democratic transition but the associated turmoil also spawned an economic crisis.