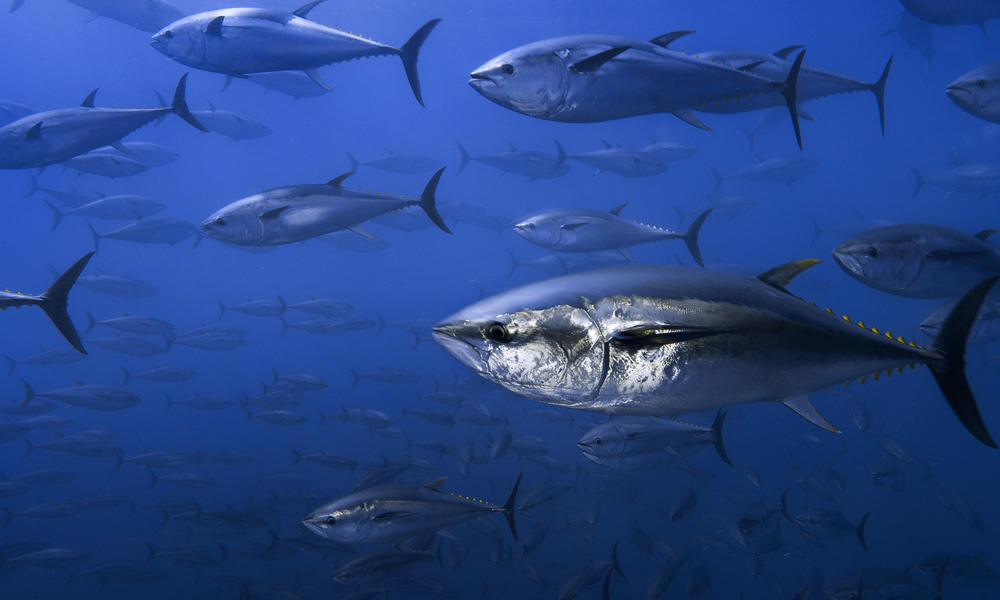 The Report Card for 2018 reveals the four main tuna species in the Pacific – skipjack, South Pacific albacore , yellowfin and bigeye tuna are not ‘overfished and overfishing is not occurring.’

“All four stocks are healthy. That is a key and unique feature for the Pacific because it’s not the same in other regions of the world. This is made possible with the sustainable management of our fishery.

“The greatest challenge however is to secure higher economic returns from the albacore fishery which is the backbone of longline fishing in FFA member countries. While the stock is healthy, we need to manage it in a way that will ensure that we get higher economic returns for vessels operating in that fishery, Hooper told journalists here in Nauru ahead of the 49th Pacific Islands Forum Leaders meeting this week.

In 2016 the purse seine catch from the waters of FFA member countries was around 1.4 million tonnes, valued at around US$2.2 billion, according to an FFA Economic and Development Indicators Report of 2017.

“The share taken by FFA fleets has increased significantly in recent years with the value rising from 31 percent in 2013 to 45 percent in 2017, mainly due to increased participating in the purse seine fishery. Given these trends, the 2020 target of 47 percent remains achievable, said Hooper.

On the economic returns, the value of license and access fees have increase significantly for FFA member countries.

The FFA report said fishing license and access fee revenue collected by FFA member governments was estimated at US$483 million in 2016, an increase of eight percent from 2015 levels. Of this, an estimated US$461 million was collected from purse seine fleets and US$18.5 million from longline fleets.

“The 2015 Road Map had anticipated 18,000 jobs from 2013 and this goal is on target. Most of these jobs are in the tuna processing sectors in Solomon Islands and Papua New Guinea. There is also an increase in Pacific Island crew on fishing vessels, said Hooper.

Of those employed in the processing sector 62 percent were employed in PNG, 16 percent in the Solomon Islands and 13 percent in Fiji. Among processing workers an estimated 10,800, or 80 percent, were women while, in contrast, just 26 or three percent of all observers were women. Significant growth in employment was also observed in the harvest sector with numbers increasing to around 6,400, more than double the levels of five years ago.

However a challenge remains for the industry to provide an additional 40,000 tonnes of tuna for regional consumption in ten years, said Hooper.

“There have been a number of initiatives to increase supplies of tuna to local markets. These include increasing landings from commercial fleets, with several countries requiring licensed vessels to land to onshore bases with by catch going to the local market.’

Hooper said recent studies have also shown the importance of canned tuna to local markets, with annual consumption in the region’s three largest countries ranging from 2,600 tonnes in Fiji through to 3,000 tonnes in Solomon Islands and 3,300 tonnes in Papua New Guinea.