Tuivasa-Sheck limps off in Warriors defeat 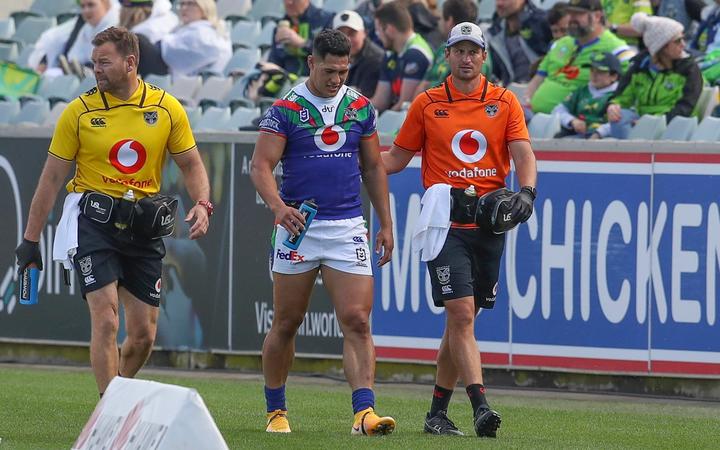 Roger Tuivasa-Sheck limps off midway through the second-half of the Warriors' defeat in Canberra. Photo: Photosport Ltd 2020

The Warriors have slumped to their third straight defeat in the NRL and have lost their captain to injury.

Roger Tuivasa-Sheck limped off midway through the second-half of the Warriors’ 26-14 loss to the Raiders in Canberra with a hamstring strain.

It’s expected to keep him out of their final round match against the Manly Sea Eagles next Sunday.

The Warriors were again in the contest for the entire 80 minutes.

They led 14-6 after half an hour courtesy of two tries from Peta Hiku and two penalties and a conversion from Chanel Harris-Tavita.

But the Raiders snatched a 16-14 halftime lead after two tries in six minutes.

They dotted down a further two times in the second-half, while keeping the Warriors scoreless, to post their 13th win of the season.

Canberra remain a clear fifth on the NRL ladder, two points behind the Parramatta Eels.