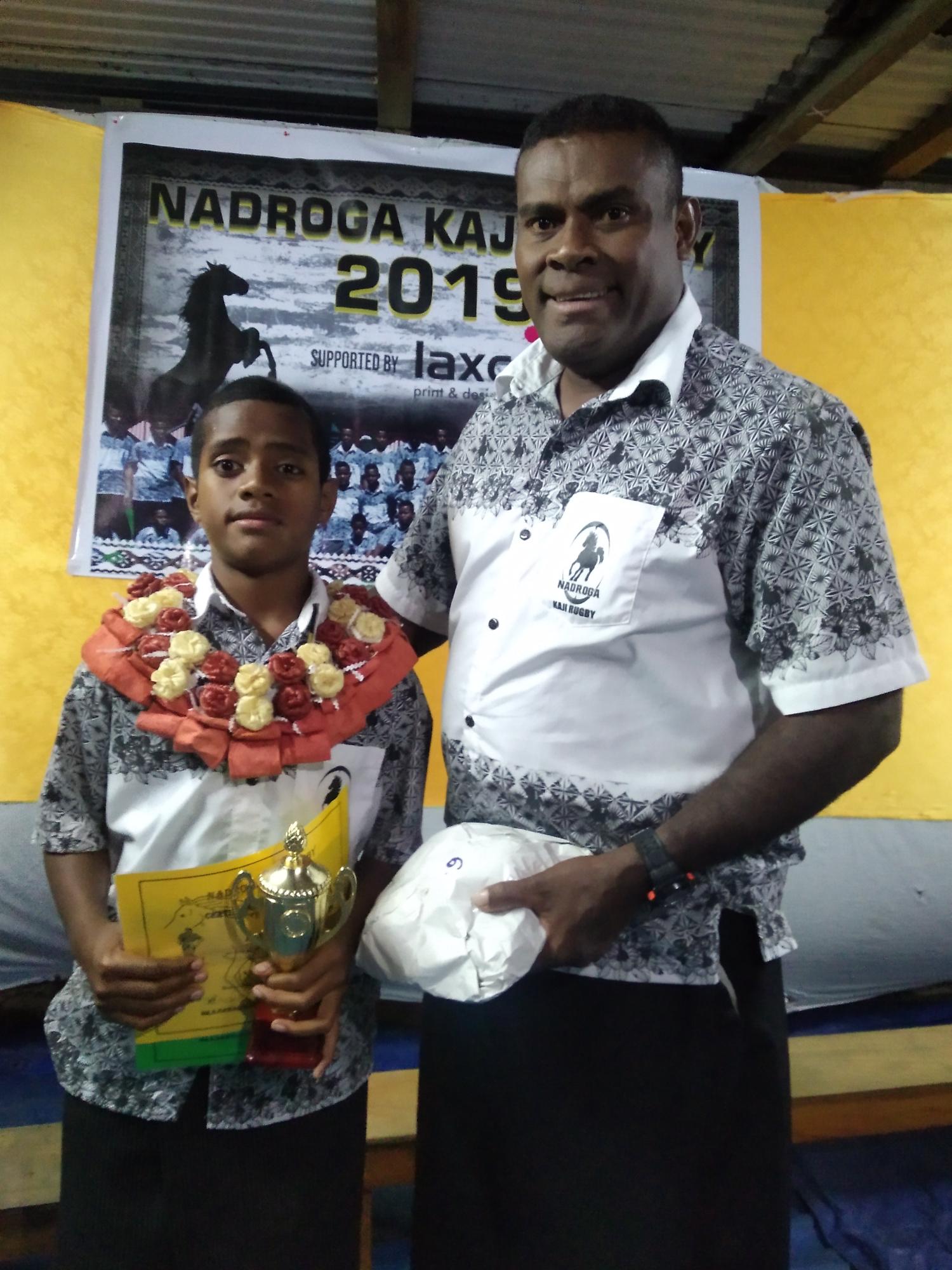 TUITUBA is a name to remember in local rugby competitions in the future.

James scooped the Nadroga U12 best player award during their awards night at Sigatoka District School on Friday.

His father Eveni was proud seeing his son achieve the highest achievement of rugby in the U12 grade.

“To see both my sons excel through Kaji rugby and the Deans Trophy Championship is an honour,” Eveni said.

“It is a pathway that they will accomplish in the future. As a father I will support them and Josateki has reached another level to be selected in the national under-18 team and his younger brother will want to follow his footsteps.”

“This is a beginning of a new era where the development of future stars begins and we have been developing young players in secondary schools,” he said.