Tuisova’s recipe in the field 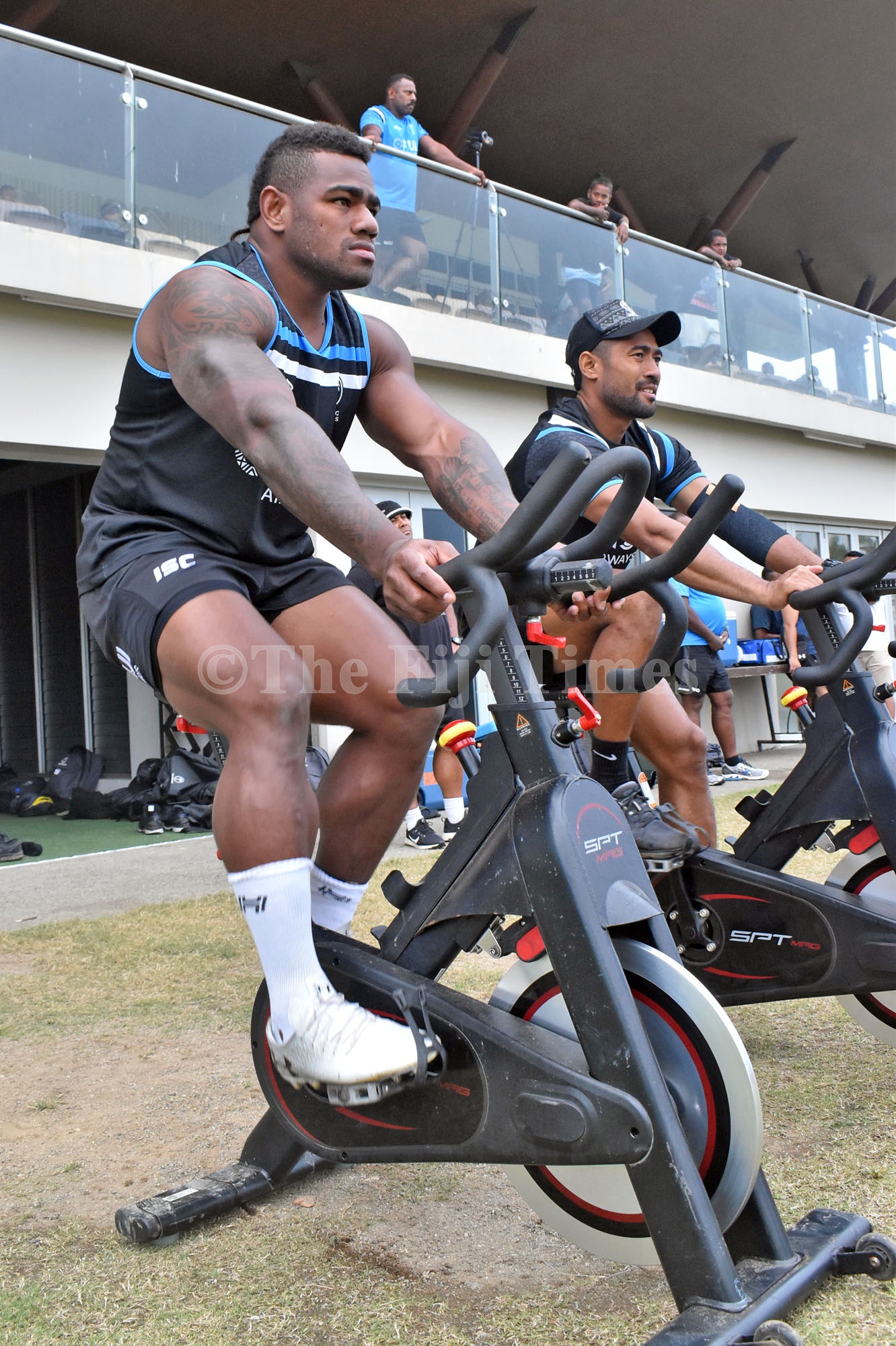 Josua Tuisova and Henry Seniloli warm up during their team training at Albert Park in Suva on Monday, August 19, 2019. Picture: JONACANI LALAKOBAU

OLYMPIC gold medallist Josua Tuisova is a household name in the Pacific and renowned around the world for his hit and run attacking style of rugby but the Fiji Airways Flying Fijians winger has a secret recipe that he likes to share.

It’s his God fearing personality and humble manner on and off the field that classes the ‘Bus’ from the rest of the wingers.

The Votua, Ba lad tells of his tale that began in the sugarcane field in Ba to rugby stardom and everytime he gets the opportunity to be interviewed, he always acknowledge God for his blessing to him and his family.

Despite being dubbed as one of the toughest rugby players in the world, Tuisova said there were more talented players than him but he would use his God gifted talented to help the Flying Fijians create history at the Rugby World Cup in Japan.

“Vinaka, first of all, I would like to thank the Lord Almighty for giving me the strength, the power to overcome a tough couple of weeks in Suva during training.

“I just need to prepare myself and be humble and look forward to play against the giants of World Rugby like Australia and Wales and I want to make history with my teammates beating these top teams at the world cup,” said Tuisova.

The team departed for Nadi yesterday and will then jet off to New Zealand sometimes this week before their match against Tonga on Friday.