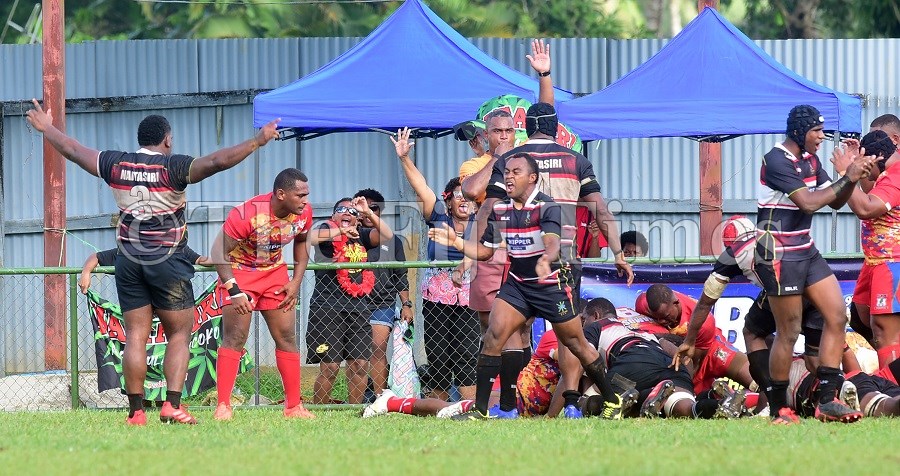 “The boys have put in the effort,” Tuisese said post match at Ratu Cakobau Park yesterday.

“They came with the will to win and it’s the hard work and sacrifice that goes into it that has paid off today.”

After a 14-11 shock loss last week, Tuisese said it was no easy feat to follow up with a win, especially against the Farebrother holder.

“It’s hard to come out against a strong team like Namosi, they beat Nadroga last week and are the champions, but all credit to the boys for getting it done.”

Namosi struck back almost immediately with a set piece move originating from within the Naitasiri 22 to allow openside wing Tira Walagi with a classic dive over in the corner which was unconverted.

Naitaisiri backed by a vocal crowd scored their second try on 31 minutes off a set-piece with blind wing receiving a sharp pass from Douglas to score, also unconverted.

The Highlanders looked to end the first half on a high and were rewarded, after multiple pick and drives put right lock Jone Raibevu over and Douglas missing his third kick of the day.

Naitasiri led at half-time by 15-5. Naitasiri scored a bonus point try a minute into the second half with try scoring ace and open wing Seveci Nakailagi intercepting a loose pass to run untouched to the tryline.

Namosi skipper Sakiusa Nadruku who had worked tirelessly all day, led from the front and looked to revive a counter attack and got the visitors’ second try with fly half Joseva Vunisa missing his second conversion.

Douglas increased the homesides lead with a successful penalty from right in front after Namosi was penalised in the ruck for a technical foul.

Tensions flared with both sides feeling the humidity edged on by their passionate supporters.

Walagi made amends for his earlier sin-bin keeping the Farebrother holders in the game as a lapse of concentration in the Naitasiri defence allowing the slippery agent to score his second try with Vunisa a sway with the conversion, the final say of the game.