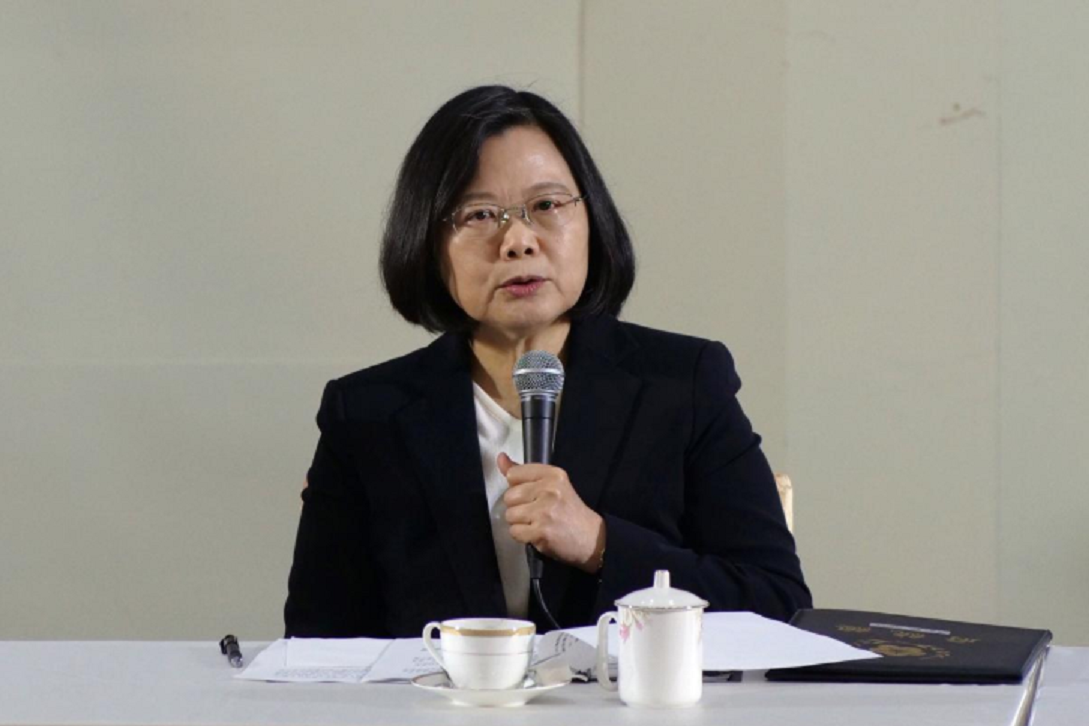 Houenipwela, who took office in November, arrived on Sunday for his first official visit to Taiwan, which is to last until Friday.

Tsai expressed her gratitude to the Solomon Islands for its promise to speak up for Taiwan at the World Health Assembly (WHA) in Geneva, Switzerland, which started Monday and ends on Saturday.

Since Houenipwela took office, his country and Taiwan have jointly worked on a wide range of cooperative initiatives, including medical professional training, establishing weather forecasting systems and improving literacy, which demonstrates the solid friendship between the two countries, Tsai said.

Taiwan and the Solomon Islands are both maritime countries, and should continue to expand and strengthen their reciprocal and mutually beneficial cooperation, Tsai said.

Houenipwela said that his visit is especially important and meaningful because it is his first visit to Taiwan as prime minister.

He is looking forward to learning more about “this great nation” and its people, history, culture and economic development, he said.

Houenipwela is also interested in the development of Taiwan’s democracy, Constitution and political systems, he said, adding that the nation is seen by countries around the world as a prosperous, developed and democratic nation.

Separately, Nauru, another of Taiwan’s 19 diplomatic allies, answered a request from Tsai with a promise to speak for Taiwan’s right to attend crucial international events.

Nauruan President Baron Divavesi Waqa made the promise as he met Tsai yesterday.

Waqa, his wife and entourage were in Taiwan on a transit stop on the way from Japan, where they attended the eighth Pacific Islands Leaders Meeting over the weekend, the Ministry of Foreign Affairs said.

Waqa thanked the Taiwanese government for the assistance it has offered Nauru.

Describing relations between Nauru and Taiwan as stable, Waqa said his country would continue to support Taiwan and do its utmost to speak for the nation on the international stage.

During the meeting at the Presidential Office Building, Tsai welcomed Waqa’s visit and discussed “steadfast diplomacy,” which her administration has adopted as its diplomatic principle.

“Discussing plans and devising cooperation projects with good friends is the way to create a win-win situation,” Tsai said, adding that she hoped such relations would be deepened.

The Nauruan Parliament in March passed a resolution to support Taiwan’s efforts to participate in UN organisations, Tsai said……PACNEWS