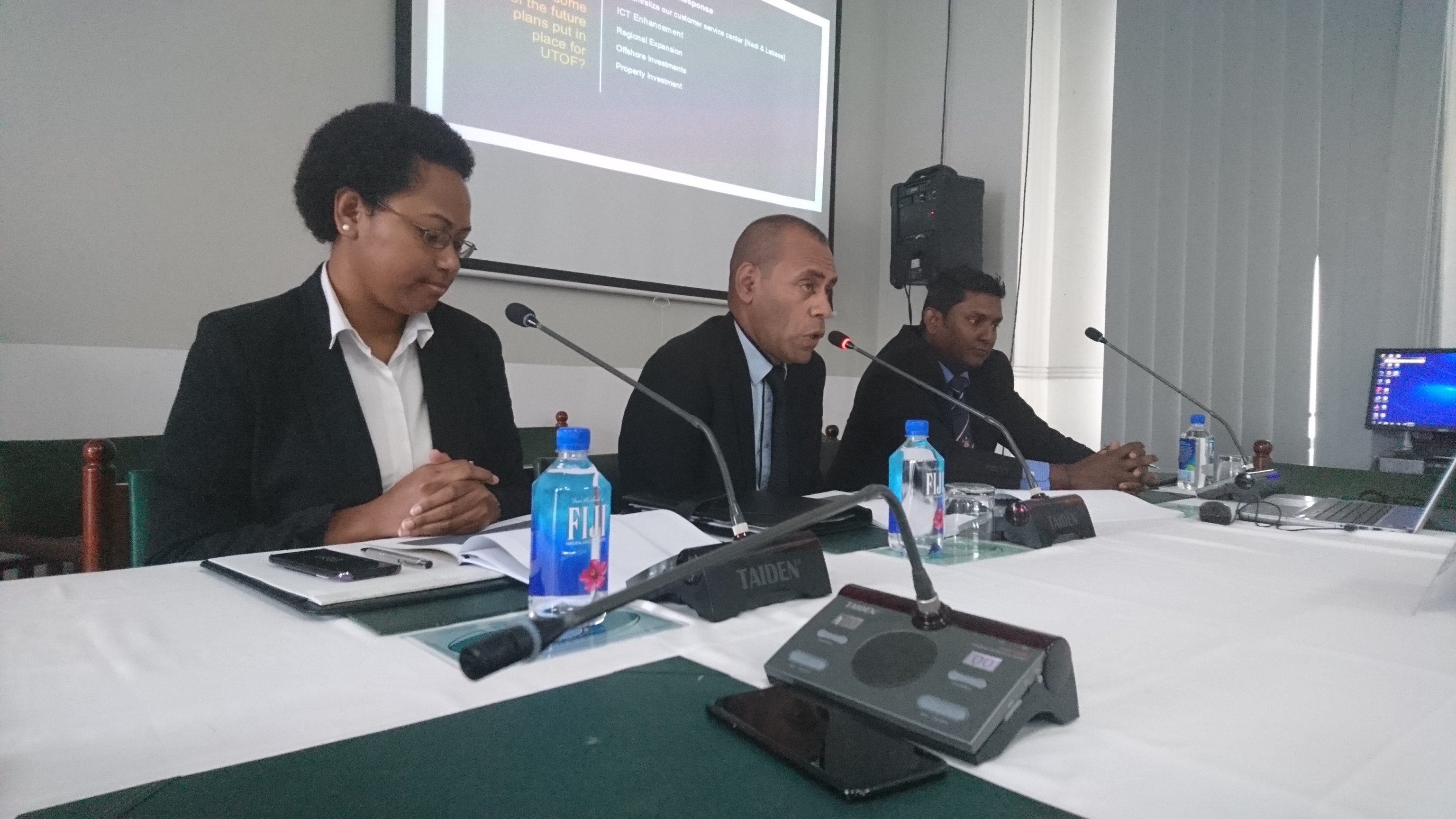 This report was presented to the Parliamentary Standing Committee on Social Affairs by the UTOF management team yesterday.

With a diversified portfolio in equities and properties, Unit Trust of Fiji recorded  a  strong  and  firm  growth  in 2016 largely  attributed  to  increased  unit  sales and positive movement in its investment portfolio.

The government commercial company also noted strong investor confidence with its investor base increased from 16,111 to 17,309, noting an increase of 7.4 per cent.

Until date, the company manages about 19,000 until holders placing it among the largest unit trusts in Fiji holding about 60 per cent market share.

Looking at its income and growth fund in 2016, the company made a $7m investment into Vision Investment Ltd VIL, which is expected to rake in a value growth of about $10m.

Unit Trust of Fiji also made a $6.25m additional capital into HFC Bank.

He said 14.9 per cent of this was jointly contributed by investee companies such as South Sea Towage Ltd, HFC Bank, ATH and VIL.

The company’s income and growth fund equity investment is spread across several sectors of Fiji’s economy, with investments in the telecommunication, financial and consumer goods sectors dominating this asset class.

This noted an increase from 2015 of 5.90 cents per unit.
Unit Trust of Fiji “UTOF” was established to provide “an equal opportunity Fund for creating and growing wealth” for ordinary Fijians.

It was established under the Public Enterprise Act and has been engaged in the management of unit trusts in Fiji for more than 38 years, providing competitive returns and affordable investment facilities.

The company is mandated to provide an opportunity for the public of Fiji to invest their savings in the ownership of a range of companies and other securities with a purpose of getting a return through an open-ended fund.

Over the years, UTOF has become one of the major investment institutions in Fiji representing a wide range of investor “Dads and Moms”, individuals, clubs & associations, groups, corporate and institutions.