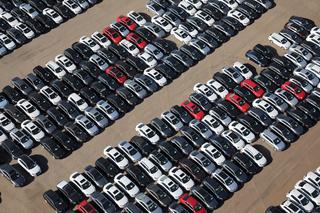 WASHINGTON (Reuters) – The Trump administration will announce as early as Wednesday it is revoking California’s authority to set its own greenhouse gas and vehicle fuel efficiency standards and barring all states from setting such rules, two auto industry officials said on Tuesday.

The move is sure to spark legal challenges over issues including states’ rights and climate change that administration officials say could ultimately be decided by the U.S. Supreme Court.

The administration plans to issue separate rules rolling back Obama-era fuel economy requirements in the coming weeks. A formal announcement is tentatively set for Wednesday at the Environmental Protection Agency’s (EPA) headquarters and automakers and dealers have been invited to attend, industry officials said.

Government officials said the timing is still in flux and could be announced later in the week.

EPA Administrator Andrew Wheeler, speaking to a group of auto dealers, said Tuesday that “in the very near future, the Trump administration will begin taking the steps necessary to establish one set of national fuel-economy standards.”

Under Trump, federal regulators have backed freezing emissions requirements for new cars and trucks at 2020 levels through 2026. Administration officials say its final regulation will include a modest boost in annual efficiency requirements but far less than what the Obama administration set in 2012.

The Obama-era rules called for a fleetwide fuel efficiency average of 46.7 miles per gallon by 2025, with average annual increases of about 5%, compared with 37 mpg by 2026 under the Trump administration’s preferred option to freeze requirements.

Wheeler said the EPA would take action “very soon” with the U.S. Transportation Department “to bring clarity to the proper – and improper – scope and use of the Clean Air Act preemption waiver.”

Reuters has previously reported the administration plans to revoke the waiver California received in 2013 to set its own vehicle emissions standards that are followed by more than a dozen other states.

California wants 15.4% of vehicle sales by 2025 to be EVs or other zero emission vehicles and 10 other states have adopted those requirements.

California has vowed to challenge the Trump administration effort, arguing that the United States has an obligation to protect the environment for future generations. “We’ll see you in court if you stand in our way,” California Attorney General Xavier Becerra said.

Some senior administration officials believe provoking a court battle with California gives them a historic chance to displace the state from vehicle emissions oversight and could give the Supreme Court the chance to revisit a landmark 5-4 2007 decision that found the EPA has the legal authority to regulate carbon dioxide emissions from vehicles.

Wheeler on Tuesday said California’s ability to address smog and other forms of air pollution caused by motor vehicles would not be affected.

“One national standard will provide much-needed regulatory certainty to automakers, dealers, and consumers,” he said.

To meet the Obama-era rules, automakers might have been forced to lower the price of electric vehicles and “raise the price of other, more popular vehicles, such as SUVs and trucks,” Wheeler added.

“In other words, American families are paying more for SUVs and trucks so automakers can sell EVs at a cheaper price.”

Dan Becker, director of the Safe Climate Campaign, said the attack on California and other states “threatens to make America polluted again. It rejects cleaner, less-polluting vehicles in favor of pollution-spewing Trump-mobiles for urban cowboys hauling lattes home from Starbucks.”

“I’m not out there to try to increase pollution into the air,” Delrahim said at a Senate hearing.

Ford Motor Co (F.N), Honda Motor Co (7267.T), BMW AG (BMWG.DE), and Volkswagen AG (VOWG_p.DE) said in July they had reached a deal to adopt standards that were lower than Obama-era rules but higher than the Trump administration’s 2018 proposal.

The automakers were defying the Trump administration’s effort to strip California of the right to fight climate change by setting its own standards.