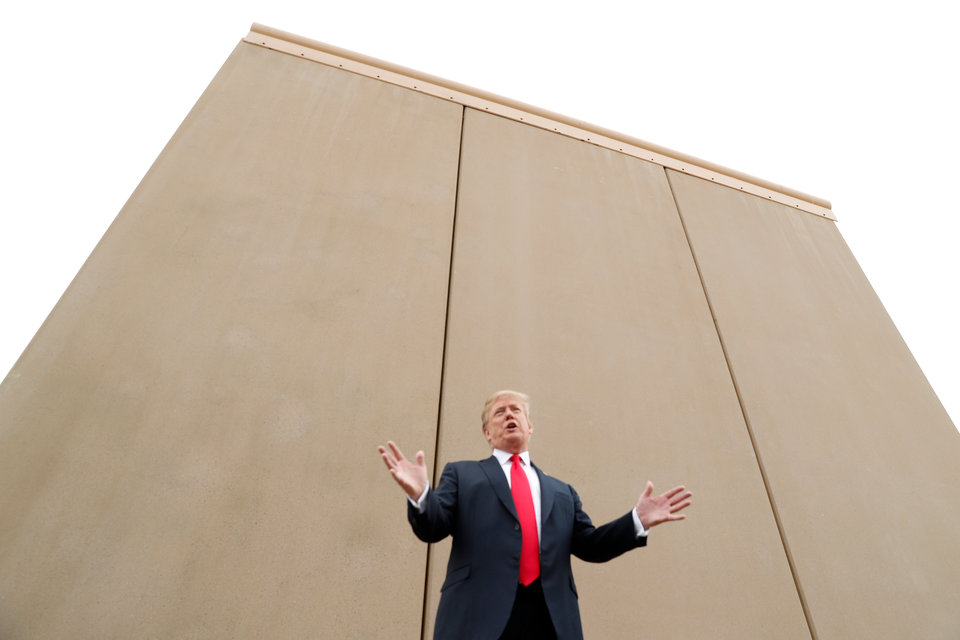 WASHINGTON (Reuters) – U.S. President Donald Trump demanded on Twitter on Sunday that the Justice Department look into whether his 2016 presidential campaign was infiltrated or surveilled by the agency or the FBI under the Obama administration.

Trump’s simmering anger over Special Counsel Robert Mueller’s year-old Russia probe appeared to spill over into a series of well-worn recriminations in several tweets, including that the investigation was politically motivated and had its roots in the administration of his Democratic predecessor, Barack Obama.

Trump’s lawyer, Rudy Giuliani, was quoted by the New York Times later on Sunday as saying that Mueller had said the investigation would wrap up by Sept. 1.

Federal investigators are looking into whether Russia tried to sway the election and if it worked with the Trump campaign to do so. Trump has denied any collusion and repeatedly dismissed the investigation as a “witch hunt.”

“I hereby demand, and will do so officially tomorrow, that the Department of Justice look into whether or not the FBI/DOJ infiltrated or surveilled the Trump Campaign for Political Purposes – and if any such demands or requests were made by people within the Obama Administration!” Trump wrote on Twitter.

Trump had escalated his attacks on the Justice Department on Friday, suggesting that the FBI may have planted or recruited an informant in his 2016 presidential campaign. He cited unidentified reports that at least one FBI representative was “implanted” for political purposes into his campaign.

Neither Trump nor Giuliani, a former New York mayor, provided any evidence of government infiltration into Trump’s presidential campaign. Giuliani acknowledged in a CNN interview on Friday that neither he nor the president really knew if such action took place.

In September, the Justice Department said it had no evidence to support another of Trump’s unsubstantiated assertions: that Obama had ordered a wiretap of Trump Tower during the 2016 presidential campaign.

It was not clear what kind of response Trump was seeking from the Justice Department this time, since investigations are kept secret and designed to be insulated from political influence and White House meddling. The department did not have an immediate response to Trump’s tweet.

U.S. Representative Adam Schiff, the top Democrat on the House of Representatives Intelligence Committee, called Trump’s suspicion of an embedded spy “nonsense.” “His ‘demand’ DOJ investigate something they know to be untrue is an abuse of power, and an effort to distract from his growing legal problems,” Schiff said on Twitter.

In his earlier tweets on Sunday, Trump reprised his attacks on Hillary Clinton, his Democratic challenger in 2016, and maintained that the Democrats were not submitted to the same scrutiny by the FBI.

Trump also implied that the special counsel investigation of whether foreign governments tried to influence the presidential campaign was designed to hurt Republicans in the November congressional elections.

“Now that the Witch Hunt has given up on Russia and is looking at the rest of the World, they should easily be able to take it into the Mid-Term Elections where they can put some hurt on the Republican Party,” he wrote.

Trump, who has long complained the Russia probe has overstepped its bounds, referred to reports that his eldest son, Donald Trump Jr., met in August 2016 with an envoy representing the crown princes of United Arab Emirates and Saudi Arabia.

The New York Times reported on Saturday the meetings were an indication that other countries besides Russia may have offered help to Trump’s presidential campaign. It said Mueller’s investigators had questioned witnesses in Washington, New York, Atlanta, Tel Aviv and elsewhere about possible foreign help to the campaign.