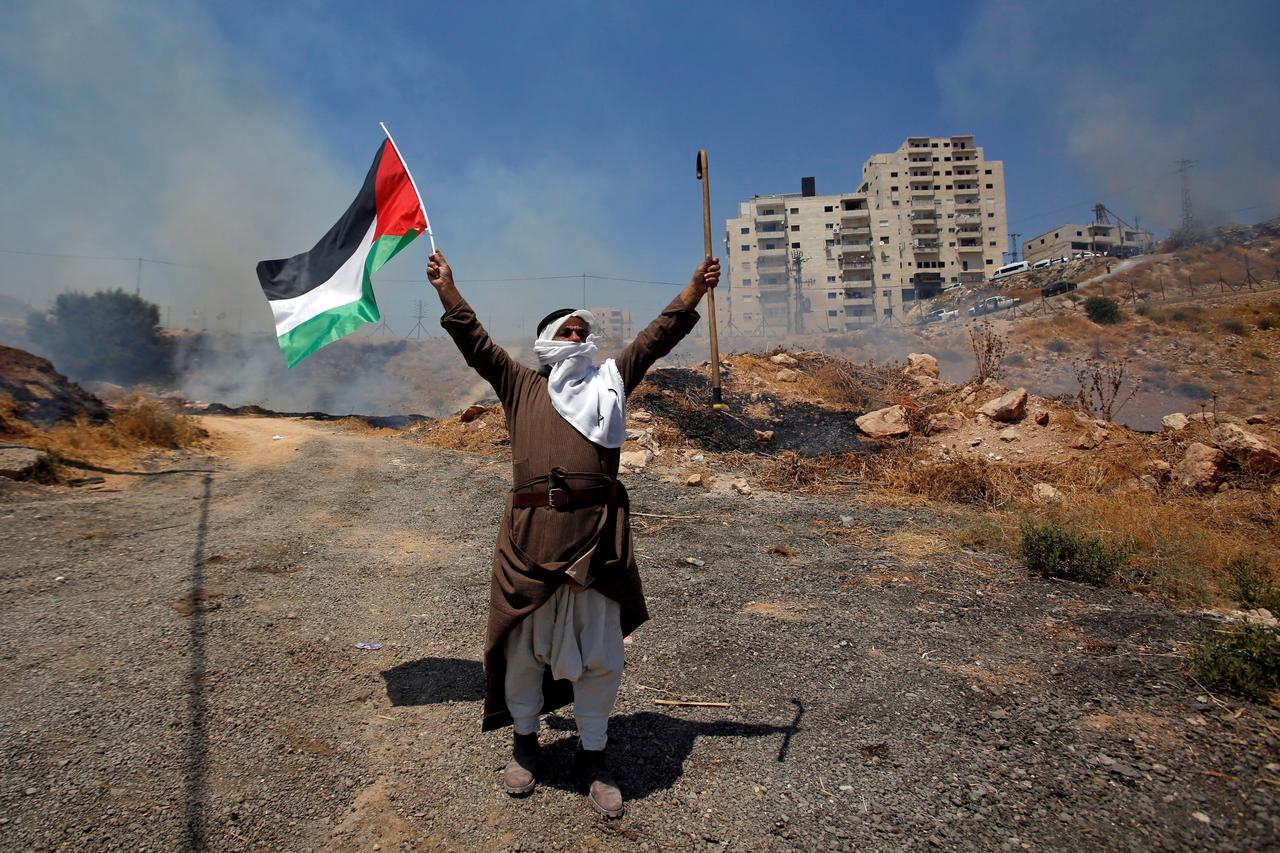 FILE PHOTO: A demonstrator holds a Palestinian flag and a cane during a protest against the Israeli demolitions of Palestinian homes in the village of Sur Baher which sits on either side of the Israeli barrier in East Jerusalem and the Israeli-occupied West Bank July 26, 2019. REUTERS/Mussa Qawasma

WASHINGTON (Reuters) – U.S. President Donald Trump said on Sunday he would likely wait until after Israel’s Sept. 17 elections to release a peace plan for the region that was designed by White House senior adviser Jared Kushner.

Kushner, Trump’s son-in-law, is the main architect of a proposed $50 billion economic development plan for the Palestinians, Jordan, Egypt and Lebanon that is designed to create peace in the region.